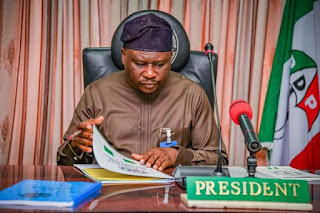 Adamawa State Executive Council has approved counterpart funding for Banjiram water supply in its twelve meeting of the year 2020 that was presided by Governor Ahmadu Umaru Fintiri.
The EXCO also discussed on the establishment of Guyuk cement factory by BUA Group of Company.
Briefing newsmen on Wednesday at the Council Chambers after the meeting, the Honourable Commissioner Ministry of Tertiary and Professional Education Alh. Umar Iya Daware said Adamawa State Executive Council has approved one-handed and six million naira (N106,000,000) counterpart funding for Banjiram township water supply.
According to Alh. Daware, the Banjiram water supply was approved by previous administration. Adding that the present State EXCO revalidated and approval was granted for counterpart funding for the memo presented by Ministry of Water Resources for Banjiram township water supply in Guyuk Local Government Area.
The Commissioner explained that in the meeting, the Council was also briefed by Ministry of Solid Minerals for the establishment of cement company in Guyuk. He said motion machineries has been put in place by the Ministry for the take-off of the cement company.
“As it is now, we are waiting for the transfer of mining licence to the company (BUA group of company) for them to commence the due process of establishing three thousand metric tones of cement company in Guyuk”, Alh. Daware said.
Contributing, the Honourable Commissioner Ministry of Housing and Urban Development, Sunday Mathew Nyagra said when the cement company is established it will generate three thousand direct and five thousand indirect employment in Adamawa State. 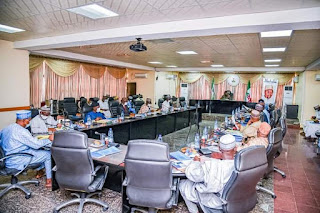