MAMA HELINA'S BURIAL: THE EXIT OF A RARE GEM. 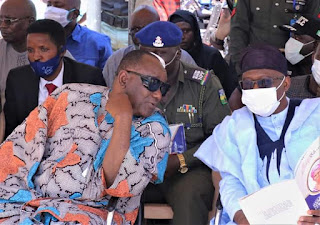 The remains of Late Mama Helina Metosudo Seth who died at the age of 118 was finally laid to rest in her home town LAMURDE after a funeral service at LCCN Church LAMURDE, LAMURDE LGA, Adamawa State.

Governors AUF further stated that his Government is fully committed to solving all the predicaments and liabilities of both serving and retired workers before the end of this year.

The Deputy Governor, Gombe State Hon. Manasseh Daniel Jatau who condoled the Deputy Governor Adamawa State Chief Crowther Seth on behalf of Gombe State Government described late  Mama Helina Seth as an extraordinary woman who was admired by every one and prayed for Almighty to bless and watch over the family during this most difficult time. Adding that Mama has lived a fulfilled life by attaining the age 118.

Rev. Dean George Farah who is the officiating Minister, in his sermon to the bereaved family tagged "Beautiful Life and Perfect Years on Earth" prayed God to grant her internal rest and for the family a fortitude to bear the irreplaceable lost.He also read from the Book of Psalm 90:1-2 and 10-12.

Bishop Peter Makanto  of upper room cathedral who led the delegation of clerics  prayed to the family of the bereaved to take comfort in all of the wonderful memories of late Mama  Helina  Mestosudo Seth.

Earlier, Mrs. Hilda M. Makanto gave Brief Biography that Late Mama Helina Metosudo Seth was born at Tanzuluti, LAMURDE in the year 1902 during the reign of Homun Zaro by late Kpapudo Pa Nzambato and Late Mama Hagatuno of the Vokadan Clan of Opalo, LAMURDE LG, Adamawa State. Her Father was the Kowo Royal Family of Bachama Kingdom and  Mama was the Seventh born of the family. 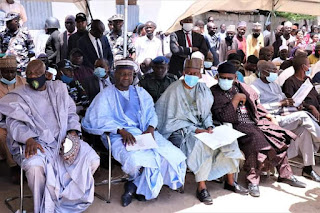