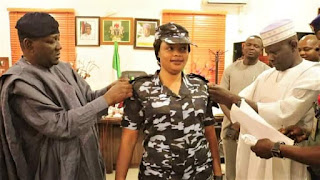 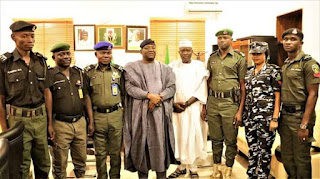 The ninteen officers include 12 sergeants who were promoted to inspector, five officers from corporals to sergeants and the other two, from constable to corporals.
Responding, the ordely to the Deputy Governor, Inspector Anthony Bulus expressed grartitude saying their promotion has opened another chapter in their lives.
He however, promised that they will remain committed, resolute  and dedicated to duty.
11:04
Adamawa Daily Reports
Email ThisBlogThis!Share to TwitterShare to Facebook