NEWS:Hon. Jingi Meets Stakeholders on How to Distribute FG, Aids in Gella. 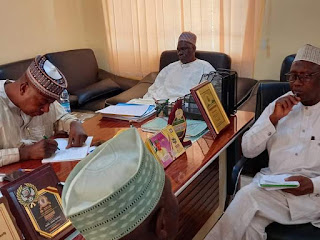 The Hon. Chairman of Mubi South, Hon. Jingi Rufai Kwaja (Mai Daraja) has received some food stuff and Gas cylinders during the week from the Federal Government  through Adamawa State Emergency Management (ADSEMA)  and is ready for distribution.

However, the distribution process  kick started after his meeting with the  Traditional Rulers, Religion Leaders, Top Government Officials and Security Agencies In The Late Hour's of Saturday Evening. 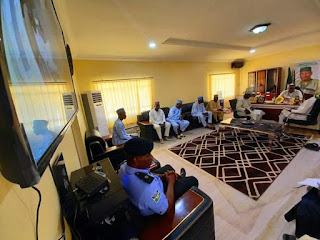 The aim of the meeting was to discuss on how to share the received goods among all the wards in the Area.

The meeting was held at the Hon. Chairman's Office, Mubi South Local Government Secretariat, Gella. It was a success as all stakeholders involved were in attendance.