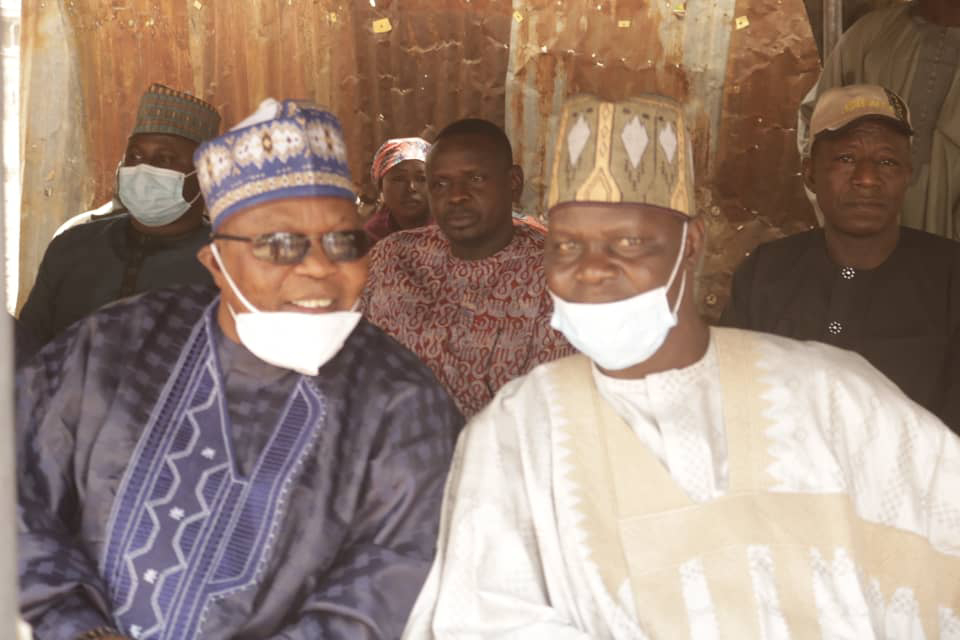 By: Yusuf Umar
The Deputy Governor of Adamawa, Chief Crowther Seth in company of other Government officials was at the funeral service of late Mama Dinatu Dwai Peter at LCCN Church Purokayo Guyuk Local Government to honour the deceased.
Late Mama Dinatu Dwai Peter was the mother to the Chairman Shelleng Local Government Area, Danjuma Kedi Abdullahi who is also the Chiroma Shelleng.
Chief  Seth represented by the State Docal Person Sustainable Development Goals (SDG's). Mark Balanso commiserated the bereaved Chairman and the entire family, and urged them to see it as a will of God. 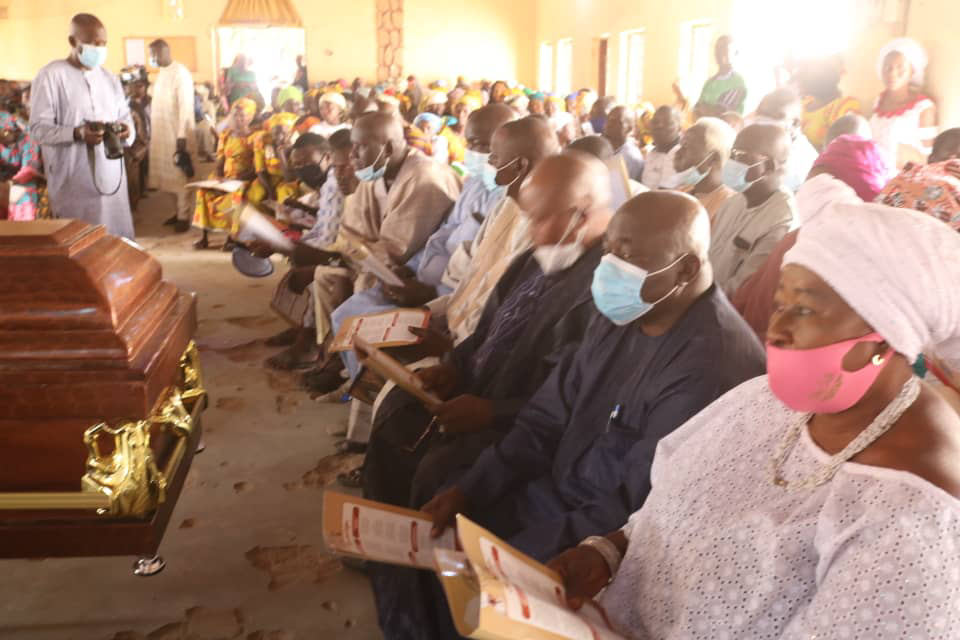 He said the departed soul has lived a fulfilled life, noting that she was a devorted Christian.
While reminding the living that death is inevitable, the Deputy Governor maintained that late Mama was a loving and caring mother who drive pleasure in inspiring people, hence the need for those she left behind to emulate her good legacies.
He thereafter prayed God to give the family a fortitude to bear the irreparable loss.
Rev. John Wanke in a sermon admonished the congregation to live a life pleasing to God while still alive.
He said God that gives has taken it, hence the call on the living to have a sobar reflection.
Late Mama Dinatu Dwai Peter was born on 22nd April, 1936 and died on 26th January, 2021.
She is survived by 4 children, 31 grandchildren, and 6 great grandchildren.
Late Mama has since been buried according to Christian faith in Guyuk cemetary on Saturday 30th January, 2021.
19:11
Adamawa Daily Reports
News
Email ThisBlogThis!Share to TwitterShare to Facebook