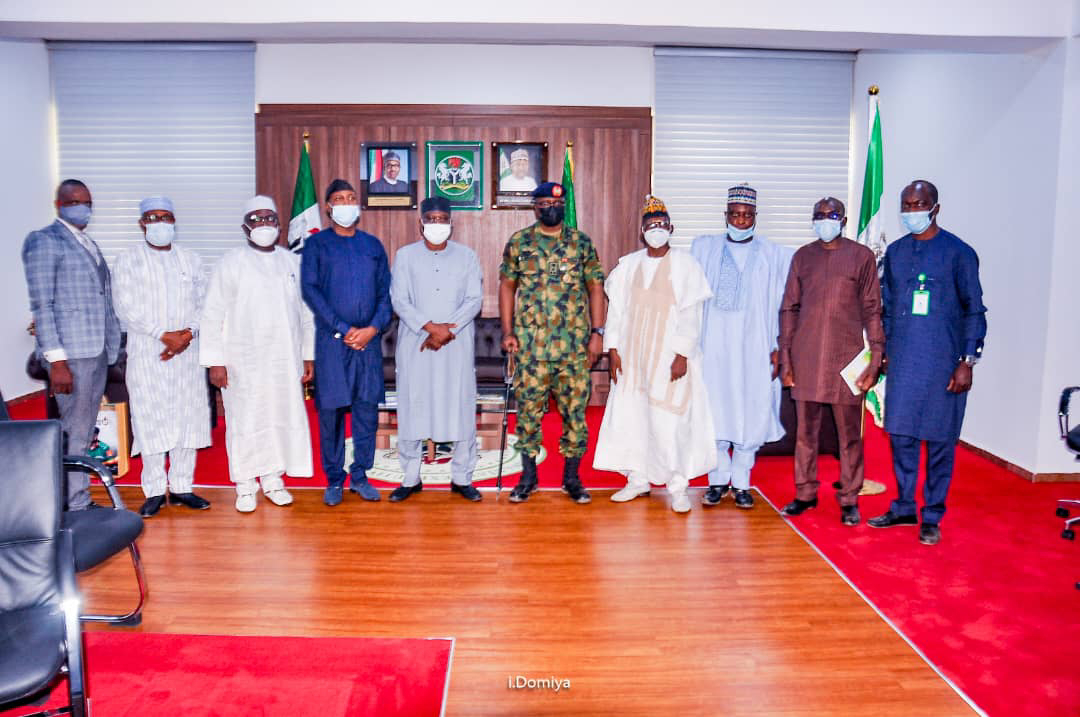 By Barnabas Augustine
27/01/2021
Governor Ahmadu Umaru Fintiri of Adamawa State has assured National Youth Service Corps that Adamawa State is safe for Corps Members who will be deployed to the State for a one mandatory service.
Governor Fintiri said the security of the state has tremendously improved. Stating that the insurgents have any territory under their control in the State, adding few attacks witnessed in the state were from the remnants of Boko Haram who attacked soft targets to carter away foodstuffs.
The Governor made this known while receiving the delegation of the NYSC on courtesy visit, Wednesday at his office, Government House Yola.
As a responsible Government, Governor Fintiri said his administration will contribute its quota in all ratifications to support the scheme. The Governor noted the contribution of the Corps Members in improving the State GDP.
He apologise to the NYSC over the vandalisation of the NYSC Camp ground at Damare in Girei LGA. He said his administration has immediately renovated the damaged edifice adding that the Corps Members are serving for national development.
Governor Fintiri reiterated his administration commitment in ensuring that corps members posted to the State are well trained with good character and entrepreneurship while assuring his Government will continue to upgrade facilities at the NYSC Camp ground in the state.
Earlier speaking, the Director General of NYSC, Brig. Gen. Shuaibu  Ibrahim who led the delegation if the NYSC, said they were at Government House Yola on a thank you visit on Governor Ahmadu Umaru Fintiri.
The DG NYSC thanked Governor Fintiri for his administration quick response in fixing the NYSC camp ground which was destroyed by hoodlumns during the End SARS protest in some states in the country.
He lauded Governor Fintiri administration for prioritizing the welfare of Corps Members posted to the state while thanking the Governor for donating ambulance and Camp facilities to NYSC in the State.
Brig. Gen. Shuaibu Ibrahim appeal to Governor Fintiri to consider upgrading some sections of the Camp ground at Damare which are still dilapidated.
10:32
Adamawa Daily Reports
News
Email ThisBlogThis!Share to TwitterShare to Facebook