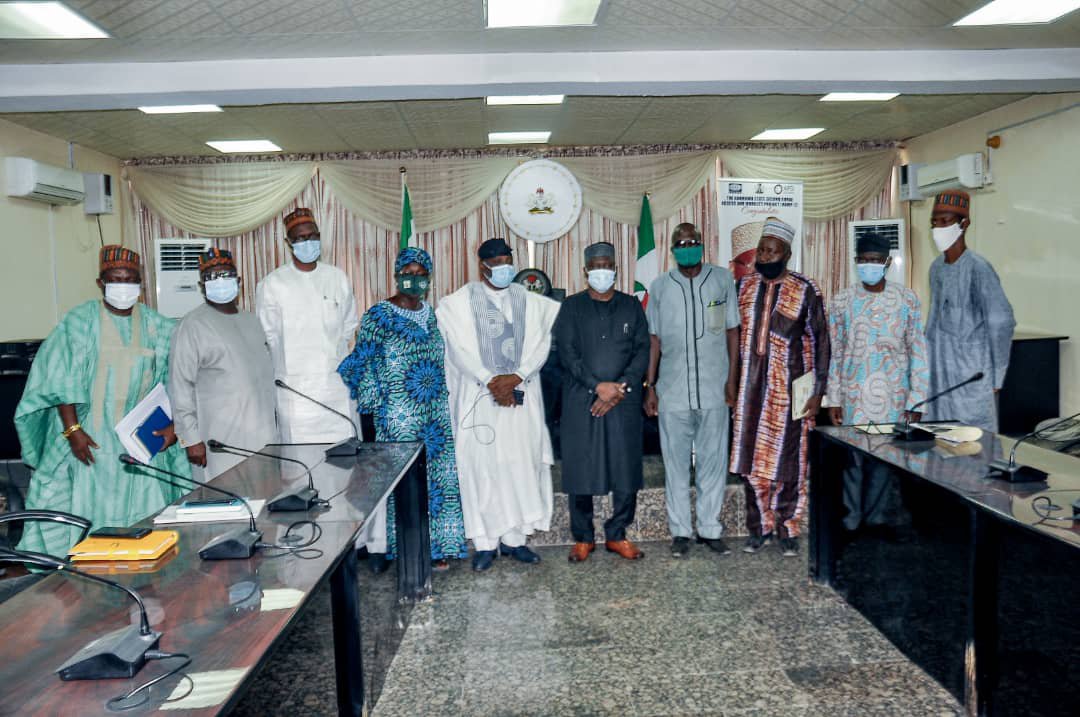 26/01/2021
Barnabas Augustine
Governor Ahmadu Umaru Fintiri has assured to partner Unity Schools in the State to foster development of education as one of the sectors he prioritized in his eleven point agenda.
The Governor who made the assurance onTuesday while receiving School Management Based Committee of Unity Schools in Adamawa at Council Chambers Government Yola, said his administration will look into areas were is necessary, key into to provide conducive learning environment for students.
The Governor said provision of infrastructure in the school becomes necessary having majority of the students studying at the Unity Schools in the State are the State indigenes. Adding, providing necessary infrastructure will guarantee the future of the students.
Governor Ahmadu Umaru Fintiri assured that as soon as the economy of the state which was thwarted by coronavirus pandemic improves, his administration will respond to the demands of the unity schools in the State within its available resources.
Earlier, the leader of the delegation who is also the Chairman Parent Teachers Association, PTA, Federal Government College Yola, Mr. Ketmuel Sarki said they were at Government House Yola to intimate Governor Ahmadu Umaru Fintiri on the role of the School Management Based Committee formed by the Federal Government in all the Unity Schools in Nigeria.
Mr. Sarki said Schools Management Based Committee was formed to look into challenges of Unity Schools and advise the authority concern appropriately.
He disclosed that there are 104 Unity Schools in Nigeria. 15 are in the North; 6 are in North East while in Adamawa there are 3. Adding, in Adamawa one is located in Ganye, one in Michika and the other one in Yola. He said the School Management Based Committees all over the country are headed by retired Principals or Directors who retired from the Federal Ministry of Education.
Mr. Ketmuel Sarki appealed to Governor Ahmadu Umaru Fintiri to consider rehabilitation of the old site of Federal Government Girls' College Yola which he said has delapidated roof and the access road was washed away by erosion. He expalined that since the school was established in 1979, it remains as it was.
02:13
Adamawa Daily Reports
News
Email ThisBlogThis!Share to TwitterShare to Facebook