NEWS:Gov Fintiri Pays Surprise Visit to Pension Board, Satisfy with Process of Payment. 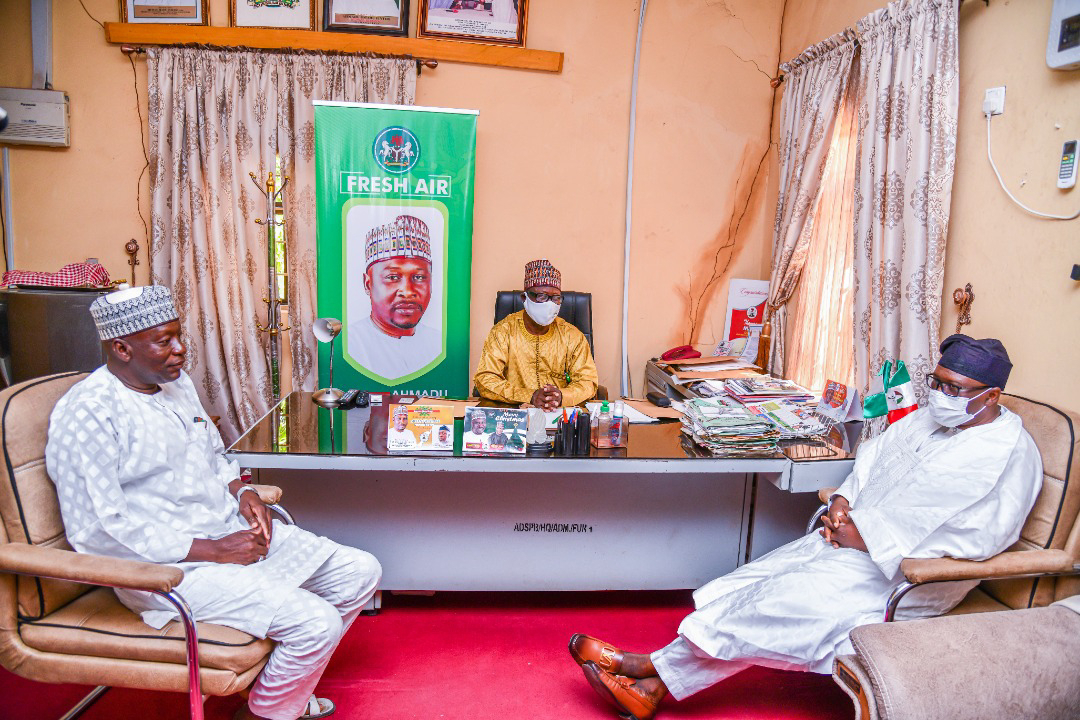 By Barnabas Augustine
20/01/2021
In order to ensure pensioners in the state gets their entitlements without hitches, Governor Ahmadu Umaru Fintiri has paid surprise visit to the State Pension board to enquire the process and procedure the board followed in offsetting the backlog gratuity areas of pensioners in the State.
Speaking to newsmenin an interview, Wednesday, Governor Fintiri said he is satisfied with the process and procedure adopted by the Pension board in payment of the state Pensioners' gratuity. Disclosing that the amount released to the board is accountable directly to the pensioners.
He assured that his administration will continue to fulfill its mandate by paying the pensioners their entitlement as when due so that they can make better use of it.
The Governor appeal to the pensioners to continue to be patience having his administration inherited backlog of gratuity areas, while ensuring to offset the gratuity within the available resources of the state.
Governor Fintiri noted that when ever there is issue of money, there will be speculations of corruption. He said his Government has carefully selected men and women of integrity to head the state pension board.
He explained that in political era, people will play politics with whatever Government wants to achieve. Adding, he has mandate to check corruption in the state and he will pay the state with good for the citizens massively voted for him.
While responding to questions from Governor Ahmadu Umaru Fintiri in his office, the Executive Chairman Adamawa State Pension Board, Mr.Thomas T. Madi explained that the state government has given the board one point five billion naira to disburse to pensioners in the state.
He said, in the history of the state, no government has ever release the quantum amount to pension board.
Mr. Madi revealed that a form is given to pensioners to verify their Bank Verification Number, BVN and account number with their bank to ensure no mistake is been made.
He added that the payment is made directly to the account of the pensioners and the board is at the third quarter of the last disbursement.
He disclosed that some of the pensioners from 2010 and 2011 whose names were exempted  were included in the 2012 list and were paid their entitlements.
The board chairman said the challenges faced with the board in disbursement of the pensioners' gratuity is with the pensioners who have  died. He said the board has made wider publicity to get their next of kind. He however revealed that their entitlement is in the board's account.
He lauded the administration of Governor Fintiri for the intervention in releasing of funds to the pension board which he said will go along way in cushion the hardship of the pensioners.
11:16
Adamawa Daily Reports
News
Email ThisBlogThis!Share to TwitterShare to Facebook