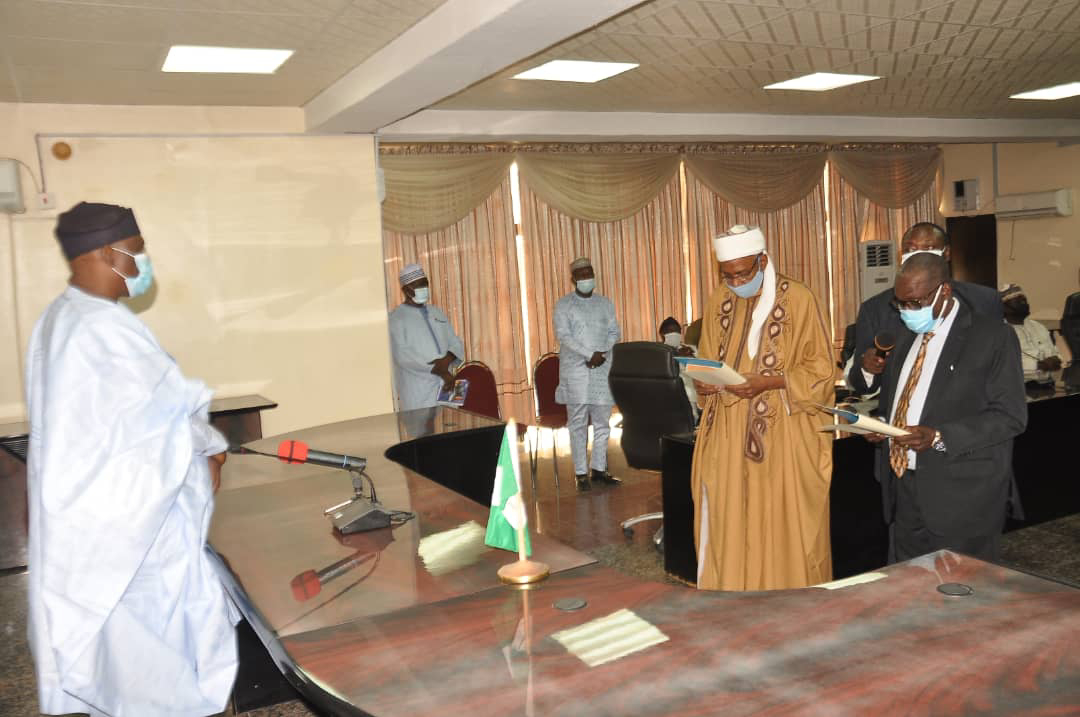 By Barnabas Augustine
5/2/2021
Governor Ahmadu Umaru Fintiri has sworn in Grand Khadi Usman Aliyu Girei as acting Grand Khadi Sharia Court of Appeal, Adamawa State.
Performing the ceremony, Friday at the Council Chambers Government House Yola, Governor Fintiri charged the acting Grand Khadi to do justice to all within his limited understanding. Noting there are many who are yearning for justice.
Governor Fintiri said with the support of the Chief Justice of the State, the Grand Khadi’s job will be easy.
He assured that his led administration will give necessary support to the Sharia Court of Appeal within the available resources of the State while charging the Grand Khadi to work hard and deliver justice to all.
In his vote of thanks, the Acting Grand Khadi Sharia Court of Appeal, Hon. Usman Aliyu Girei thanked Governor Ahmadu Umaru Fintiri for finding him worthy and appointed him acting Grand Ghadi Shariah Court of Appeal in the State. He thanked all who mentor and supporting him in his carrier.
Grand Khadi Girei pray God to give him wisdom to perform his duty accordingly.
The oath of office and allegiance was administered on the acting Grand Khadi by Chief Justice of Adamawa, Hon. Justice Ishaya Kida Banu.
04:08
Adamawa Daily Reports
News
Email ThisBlogThis!Share to TwitterShare to Facebook