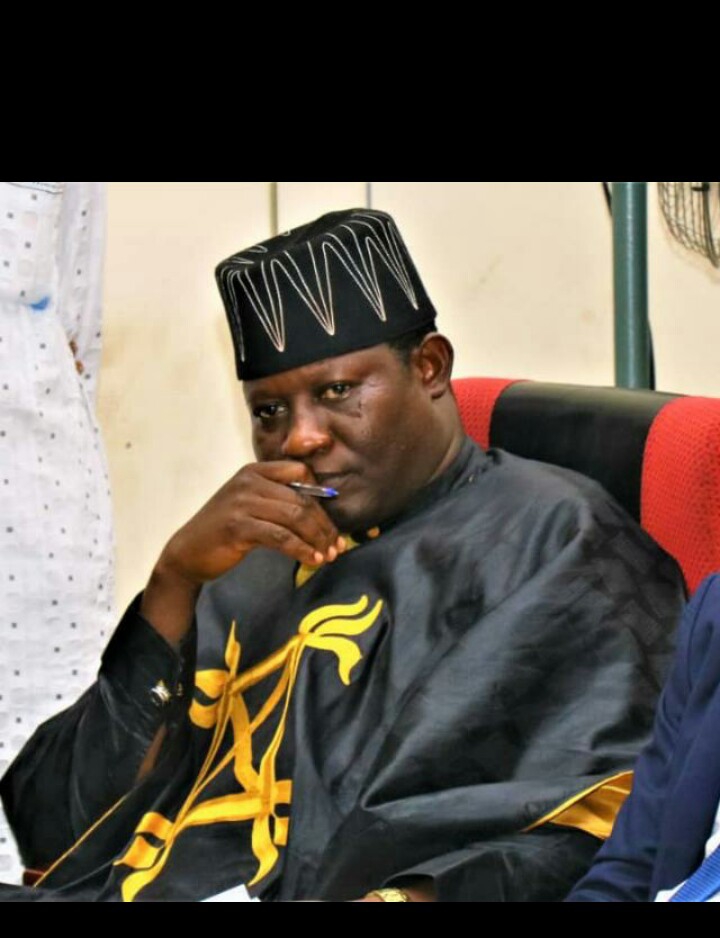 By George Kushi
After  the inauguration of Governor Ahmadu Umaru Fintiri , certain aspects of governance that needed to be addressed are  gradually and steadily being  taken care of.
Last Saturday was the day that fundamental issues of the Peoples' Democratic Party came to the fore. To some,it was a surprise because they had thought he is not mindful of happenings in the party  and didn't know that issues will be addressed accordingly. As it is today,matters concerning the party are being addressed.
The party will be resuscitated and reinvigorated to meet the needs of the people that entrusted it with the mandate to govern.
These meetings across the state are harbingers to much expected changes that the government of Ahmadu Fintiri intends to make in an all inclusive government.
The meetings are meant to unite and create a new base on which policy formulation along party lines will pave way for a better Adamawa state and the country at large. It is a good concept that will lead to great dividends in terns of rural and urban understanding which is the best way of democratic practice.
By setting this example, it will serve as a roadmap  worthy of emulation by Local Government Chairmen to ensure that Government reaches the grassroots.
It is exemplary that HE, Ahmadu Fintiri was in Demsa on the day of the stakeholders meeting ,it serves as an example that it is not  only during campaigns for elections that Local Governments matter. His Excellency was there with his people,felt and understood their yearnings. That is what governance is all about.
The whole body of the party from the top to the bottom has something to learn .It is a lesson that party structures will be built from the bottom to the top.
If people thought the party will die due to negligence on the part of it's leadership, the reverse is the case in Adamawa where the Government is set to carry all along. The steps taken in Adamawa if replicated will be a sure formula for success even at the national level.
In Adamawa, a  state full of political heay weights, where power is now determined by votes as exemplified by the last election ,the future will be bright.
Adamawa is setting the pace. Today and after, the next generation will say"There was a Governor that ensured that salaries were paid  on time and above all that people at the grassroots are heard.
The first  stakeholders meeting have come and gone leaving in it's wake issues that affect the party (PDP) . With most stakeholders present, basic issues that pertain to the party have been voiced. THAT IS THE WAY FORWARD!
Attempts by the opposition to see that the stakeholders meeting failed was roundly defeated by the turnout and participation of all those concerned. The attempt to foil the meeting failed largely due to unity and resolve of the PDP family in Adamawa State.
The leadership under Fintiri has once again proved that it is a formidable entity that cannot be distracted from its onerous task of building a state deprived of rancour.
Governor Ahmadu Umaru  Fintiri has done well not only as a Governor but also as a statesman that has steered the affairs of the the state and also paid attention to issues pertaining the party PDP. It will be of note that not only a government exist but that the party on whose platform he came  is ready and galvanizing support to ensure that all he promised come to fruition.
This is the Adamawa model of "all inclusivity"  that should be replicated all over the country to ensure the victory of the PDP in the next general elections.
Wit this latest  move, one is wont to say that Governor Fintiri has raised the PDP umbrella high up and is set to accommodate all while delivering on the needed dividends of Democracy meant for all and sundry.
George Kushi is the Chief Press Secretary to the Deputy Governor of Adamawa State .
04:07
Adamawa Daily Reports
Opinion
Email ThisBlogThis!Share to TwitterShare to Facebook