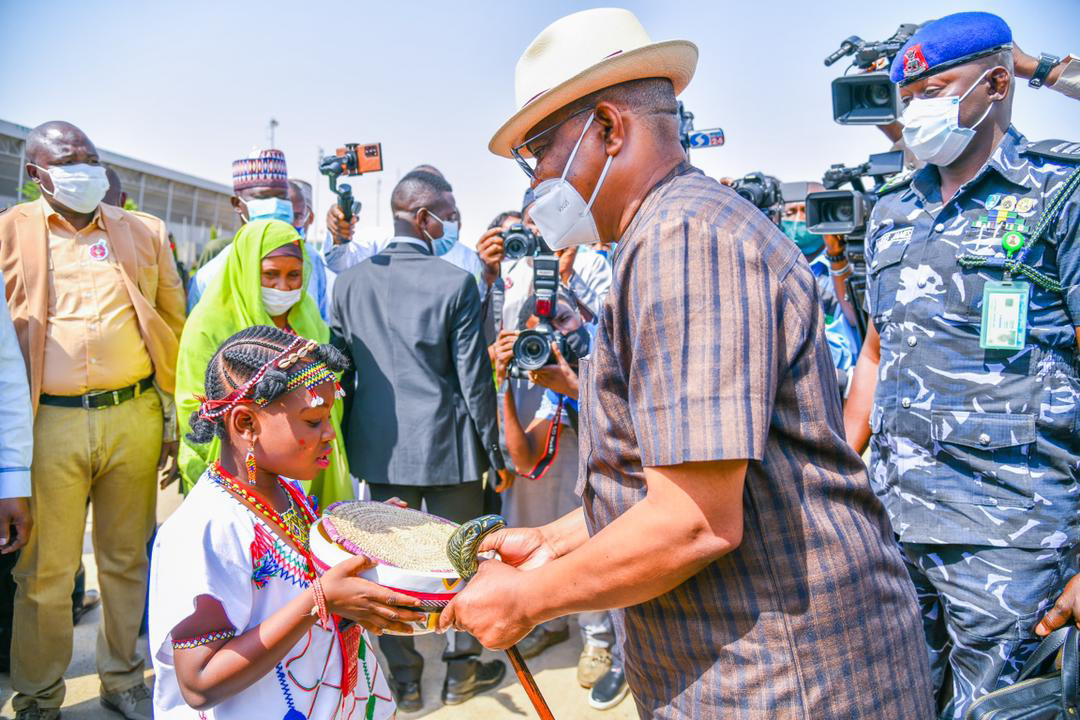 By Barnabas Augustine
4/2/2021
The Governor of Rivers State, Barr. Nyesom Wike has lauded the infrastructural development ongoing in Adamawa State by the led administration of Governor Ahmadu Umaru Fintiri and described it as unprecedented and unique.
Barrister Wike stated this while fielding questions from Newsmen shortly after inspecting ongoing construction of flyover and grade interchange in the state capital, Yola.
Governor Wike who was on private state visit to Adamawa was received at the Yola International Airport by Governor Ahmadu Umaru Fintiri, some top government officials, PDP leaders who were among the entourage that took him to the project sites. 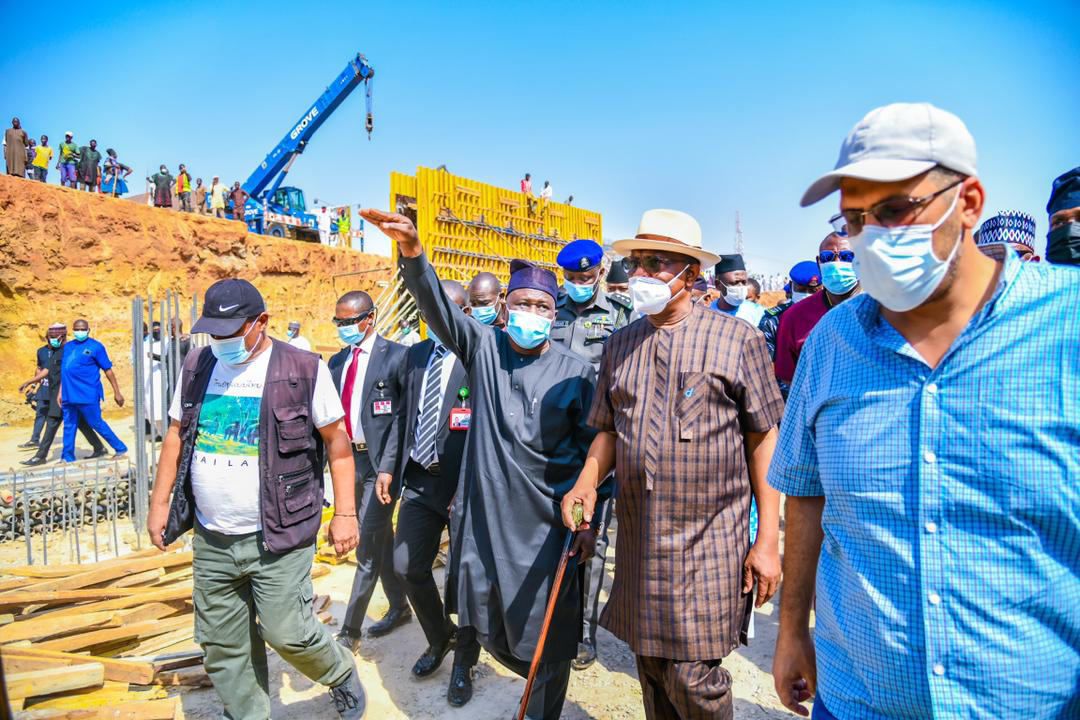 Barr. Wike who said he served in Adamawa during his one year mandatory NYSC, disclosed that even Rivers State with endowed resources has not constructed grade interchange; charged Governor Fintiri to remain committed with the giant stride he is embarking and not to be distracted for any reason.
He was satisfied with the development strides embarked by Peoples Democratic Party in their states of control, expressing optimism that PDP will retake the presidency in 2023 polls.
Responding to question on corruption, Governor Wike said the administration of the President Muhammadu Buhari has not make efforts in tackling the menace. Saying that President Buhari administration go after opposition in disguise, fighting corruption.
Barrister Wike maintained that under the All Progressives Congress Nigeria is much divided in addition to security lapses culminating to the activities of bandits, armed robbery, kidnapping and other forms of criminalities.
Governor Wike enjoined the media to ensure they bring any Government to account its stewardship so that Nigeria will be at the pace of development for the betterment of its citizens.
12:10
Adamawa Daily Reports
News
Email ThisBlogThis!Share to TwitterShare to Facebook