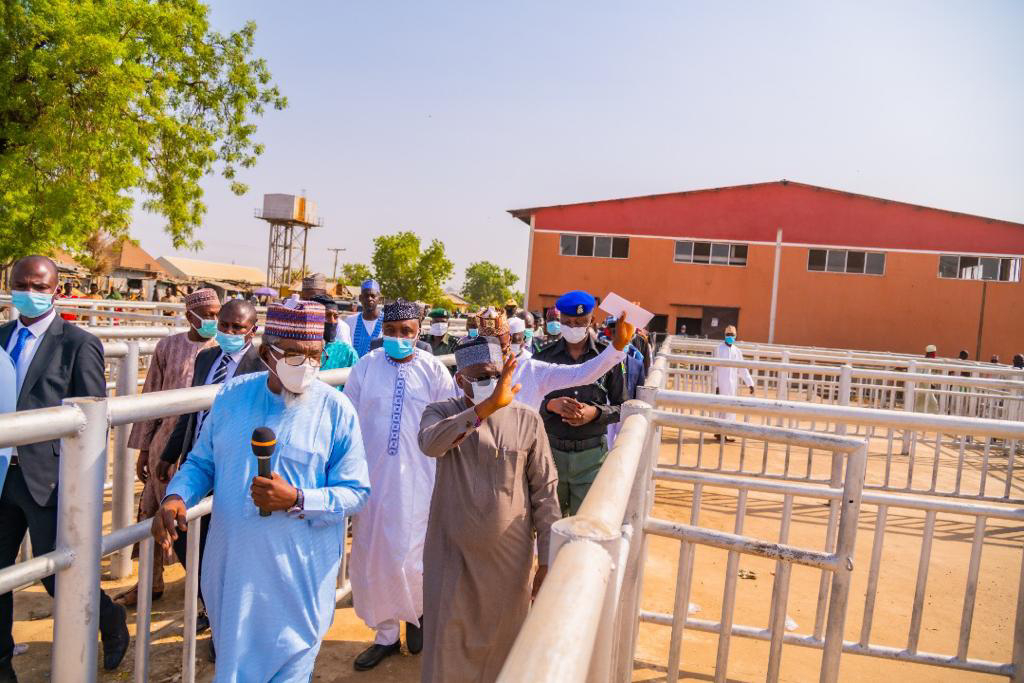 By Barnabas Augustine
16/2/2021
Adamawa State Governor, Rt. Hon. Ahmadu Umaru Fintiri revealed that his government has set motion machinery to collaborate with Malaysian investors to build ultra modern abattoir that will have capacity of slaughtering about two thousand cows a day.
Governor Fintiri disclosed this while inspecting the state abattoir in the State capital, Yola. He said the abattoir has suffered from inadequate maintenance culture that led to the structures built to be in dilapidated state.
Worried with the dilapidated condition of the structures which he remain empty building with antiquated rusted materials , the Governor said, his administration has swung to action and begun changing the negative story of the abattoir. 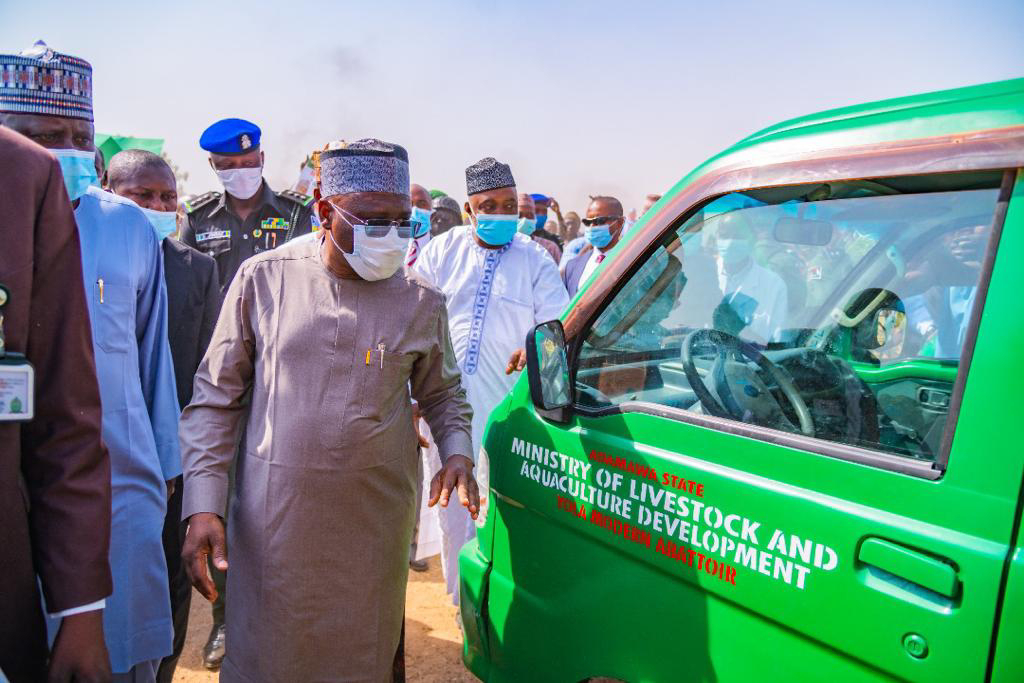 Governor Fintiri noted that when the ultra modern abattoir is been constructed, it will create job opportunities to considerable youths as well as serve both local and international market.
On his part, the Commissioner, Ministry of Livestock, Usman Yahaya Diyajo applauded Governor Ahmadu Umaru Fintiri for aiding the Ministry in its statutory function, ensuring that the obsolete machines hitherto in the abattoir were replaced.
He revealed that with the present administration’s intervention, the abattoir now has a holding pen, slaughter slab, deboning units among others, saying it has improved the hygienic of the environment.
Adding that the present administration has also acquired vans for the transportation of meat from the abattoir to points of sale in a hygienic way as to what was witness before.
03:21
Adamawa Daily Reports
News
Email ThisBlogThis!Share to TwitterShare to Facebook