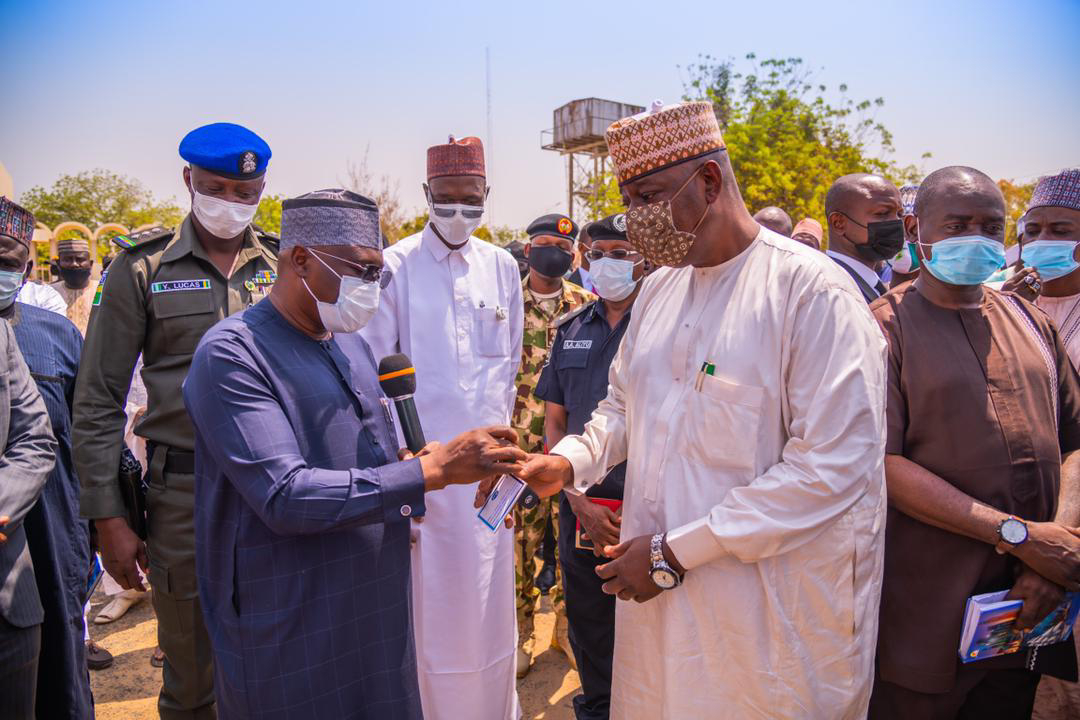 By Barnabas Augustine
14/2/2021
Governor Ahmadu Umaru Fintiri of Adamawa State has on Monday distributed operational vehicles to hunters Association in the twenty-one Local Government Areas of the State to help combat crime.
The vehicles distributed which were handed to the twenty-one LG Chairmen will be used by the Governor Fintiri’s established security outfit tagged name Operation Farauta, Hunters Division. 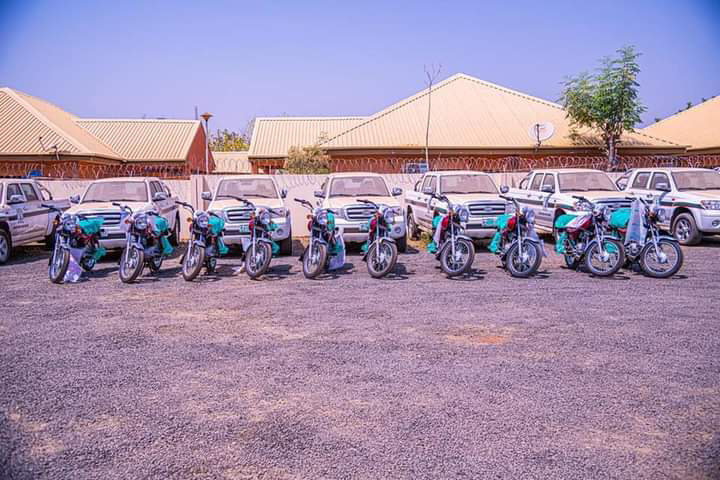 Speaking at the venue of the distribution in Government House Yola, Governor Ahmadu Umaru said the vehicles which include thirty IVM vans will be handed to Local Government Chairmen who are expected to take charge of the van’s maintenance for the successful operation by the hunters.
Adding that the ten motorcycles distributed will be used by Operation Farauta to access areas the vans cannot be reached in their operation.
According to the Governor, the vehicles were procured to the hunters to compliment the effort of the security commands in the State in fighting crime. Noting, the security personnel are not enough to cover everywhere in the State.
He commended the Hunters Association for their resilient in combating crime in the State and charged them to maintain and sustain the tempo until all criminal elements in the State are eliminated.
He call on the hunters not to witch-hunt anybody, make arrest of criminals and hand them to the appropriate security for prosecution in court of competent jurisdiction. 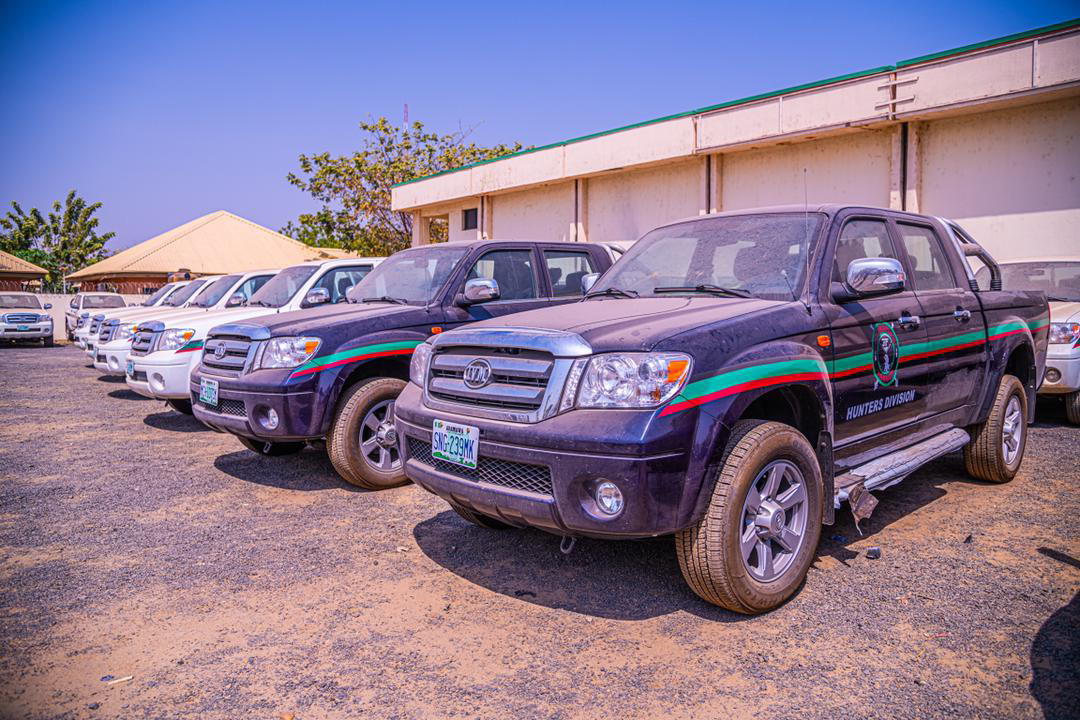 Governor Fintiri commended the effort of the security commands in the State in fighting crime. He said when he came on board, activities of the Shilla Boys cult group, kidnapping, cattle rustling, banditry and other forms of criminalities were rampant. Explaining, his new security architecture supported by the security agencies in the state has silent criminal activities.
Governor Fintiri assured his administration unflinching support to security outfits in the State while stating his commitment to collaborate with neighbouring states to combat crime.
The Governor revealed that his led administration is at the forefront in championing community policing. Saying, three hundred civilians were sent to Police College Maiduguri for Police Constabulary training, to be at forefront of community policing.
He also disclosed that over Six Hundred Hunters will be sent to Police College for special training to fight crime.
Speaking to Newsmen shortly after the distribution of the operational vehicles to the Hunters, the ALGON Chairman Adamawa State, Hon. Jingi Rufa’i thanked Governor Ahmadu Umaru Fintiri for his effort in combating crime in the State. Stating security of lives and properties of the citizenry has being the topmost priority of Governor Fintiri’s administration since he came on board.
He assured that the twenty one Local Government Chairmen in the State will do the needful in supporting the local hunters in their effort in fighting crime.
On his part,  the Chairman Hunters Association Adamawa State, Alh. Mohammed Usman Tola thanked Governor Ahmadu Umaru for supporting hunters in the State since the inception of his administration.
He pledge their total loyalty to Governor Fintiri led administration and will do their best to compliment the effort of the security agencies in fighting crime.
20:15
Adamawa Daily Reports
SECURITY
Email ThisBlogThis!Share to TwitterShare to Facebook