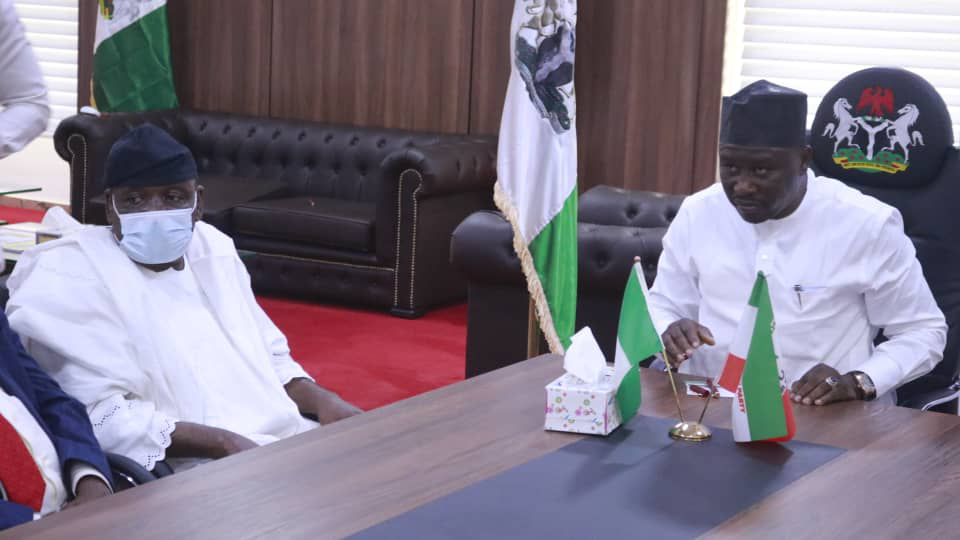 By: Yusuf Umar
The deputy Governor gave the word of encouragement at the official handing over ceremony.
Adamawa state deputy governor Chief Crowther Seth congratulated the national executives on their emergence as new Exco.
While addressing the newly sworn in national officials of Pene Da Bwatiye Development Association during the official handing over, before leading them to the government house Yola for official presentation to Governor  Ahmadu Umaru Fintiri, the deputy Governor tasked the officials to justify the confidence reposed in them.
Chief Crowther reminded the executives that the task ahead of them is great, and urged them to eschew any form of differences, work together as one united entity to see to the growth and development of the association.
The number two citizen further canvassed for support to the present government which is focused on delivering on the mandate given to them by the people of Adamawa state.
The new national Exco of Pene Da Bwatiye development association include; Professor Daniel Babayi, president, Emmanuel Bapatu, Secretary general, Joyce Bafyau, Treasurer and Mapwavon Saul, P.R.O among others.
01:27
Adamawa Daily Reports
News
Email ThisBlogThis!Share to TwitterShare to Facebook