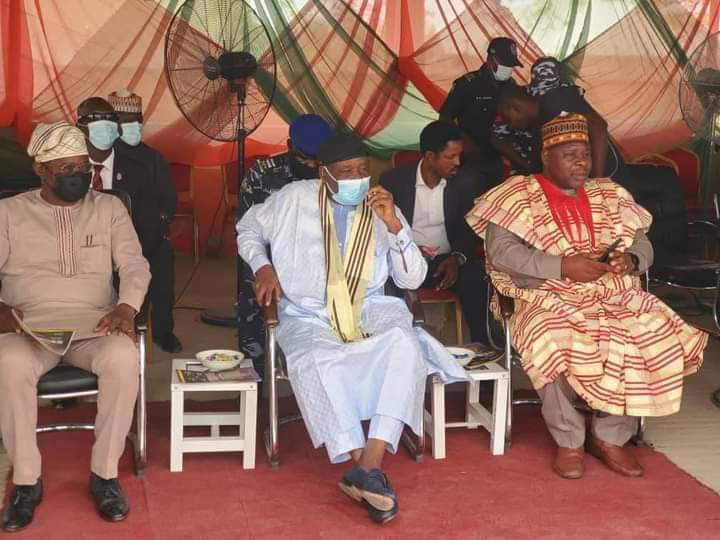 By: Yusuf Umar
Governor Ahmadu Umaru Fintiri has re-echoed Government's readiness to support Youth initiatives geared towards the growth and development of the State and nation at large.
He stated this at the 20th Youth anniversary and grand reception in honour of five professors of the Yandang Nation organized by the National Yadang Youth Development Association, held at the Government lodge, Mayo-Belwa
Represented by his Deputy, Chief Crowther Seth  lauded the courage, mission and vision of the Yandang youths and urged them  to stick to the culture they inherited from their forefathers. 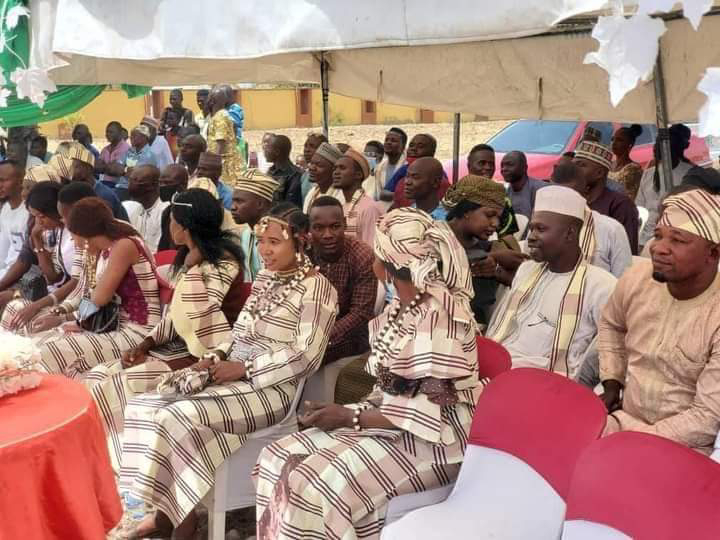 The Governor also congratulated the awardees on their well deserved recognition, even as he tasked Yandang nation to preserve their  ideals for future generations yet unborn.
His Royal Highness, Dah Banti the first, Haniel Hinlewheni Banti, Kpang Sanwi, Sanwi Chiefdom made case on the need to establish science standard schools  in Yandang communities of Adamawa and Taraba states where their children will pursue better science foundation for further studies in science related fields of academics around the globe.
He called for all hands to be on deck to ensure educational development of the Yandang people through educational initiatives and programmes, warning that no nation can develop without according priority to education.
In their separate contributions Chairman of the occasion, Hamza Bello Madagali and the National President Yandang Youth Development Association of Nigeria, Felix Puja Kudaku implored the entire Yandang race to work according to its vision of bringing together sons and daughters of Yandang to one United nation, thereby, encouraging community development through self determination and sacrifice.
The anniversary also seeks to remind the Youths of the need to maintain their cultural heritage, be innovative, creative, determined and use their different talents to better their lives and advance the entire Yandang nation.
Shortly after receiving the award, Prof. Istifanus Zabadi who responded on behalf of the awardees thanked the association for the recognition and urged the Youths to acquire skills in order for them to be self reliant.
Highlight of the event include; cultural dances and the unveiling of Youths magazine.
Meanwhile, Chief Crowther Seth has challenged Mbula community to embrace and defend their rich cultural norms and values.
The Yandang 20th Youth Anniversary and Grand reception in honour of our professor took place today at Mayo Belwa Local Government lodge under the Distinguished chairmanship of Hon Hon Hamza A Bello  Organizing secretary PDP Adamawa. The royal father of the day HRH PST. Hinlewheni Banti (Dah Banti 1)
The occasion had in attendance several other Dignitaries that include; Senator Binos Dauda Yero Senator representing Adamawa South senatorial zone, Hon Agustine Baba  Honorable Comissioner for Special Duties Adamawa State, Hon Umar Nashon Honorable Member representing Nassarawo Binyeri Constituency Adamawa State House of Assembly, Hon Aiden Tsukom Pallam Executive Chairman Madagali LGA,  Hon Gershon Kasuwa Executive Chairman Mayo Belwa LGA, Hon Jibril Gangjari among many others.
The Deputy Governor also enjoined the Mbula people to also hold on to their cultural heritage while maintaining the spirit of peaceful coexistence with one another. He stated this during the Kuli Annual Summit which took place at Kuli community of Demsa Local Government of the State.
12:31
Adamawa Daily Reports
News
Email ThisBlogThis!Share to TwitterShare to Facebook