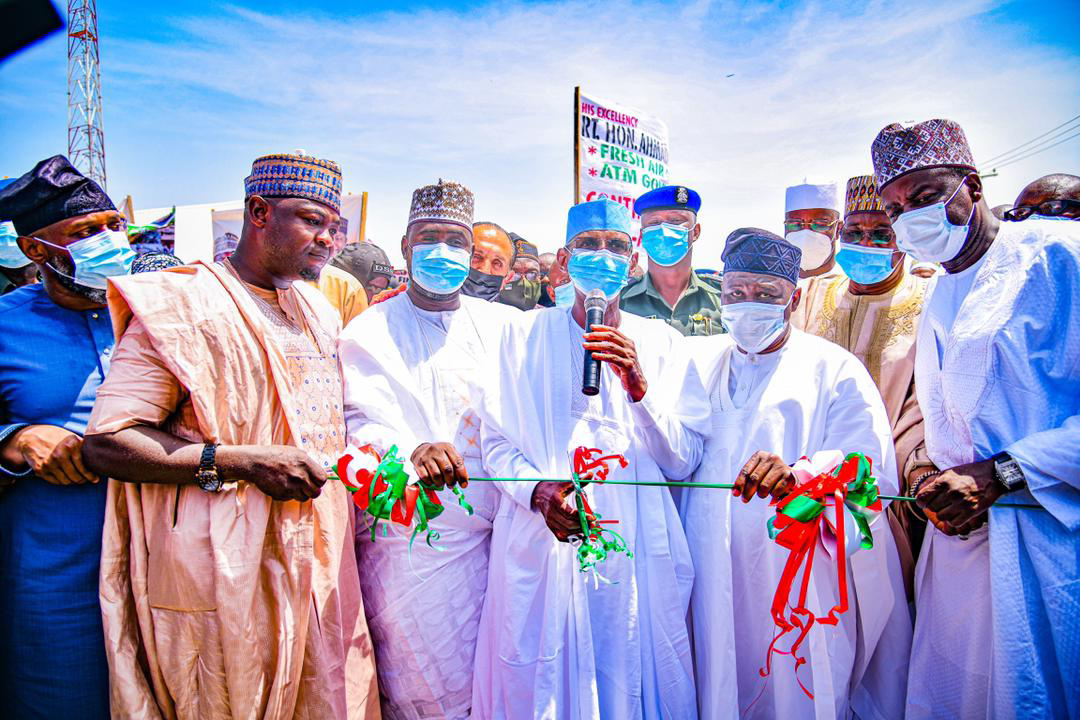 By Barnabas Augustine
24/5/2021
The Federal Capital Territory (FCT) Minister, Mohammed Musa Bello has commissioned 3.2km European Quarters township Road constructed by the administration of Governor Ahmadu Umaru Fintiri in Hong.
The road which was commissioned, Monday in Hong is part Governor Fintiri’s led administration urban renewal project ongoing across the state.
The FCT Minister who was overwhelmed with the gigantic projects carried by Governor Fintiri, lauded the Governor’s giant stride and described it a welcome development. 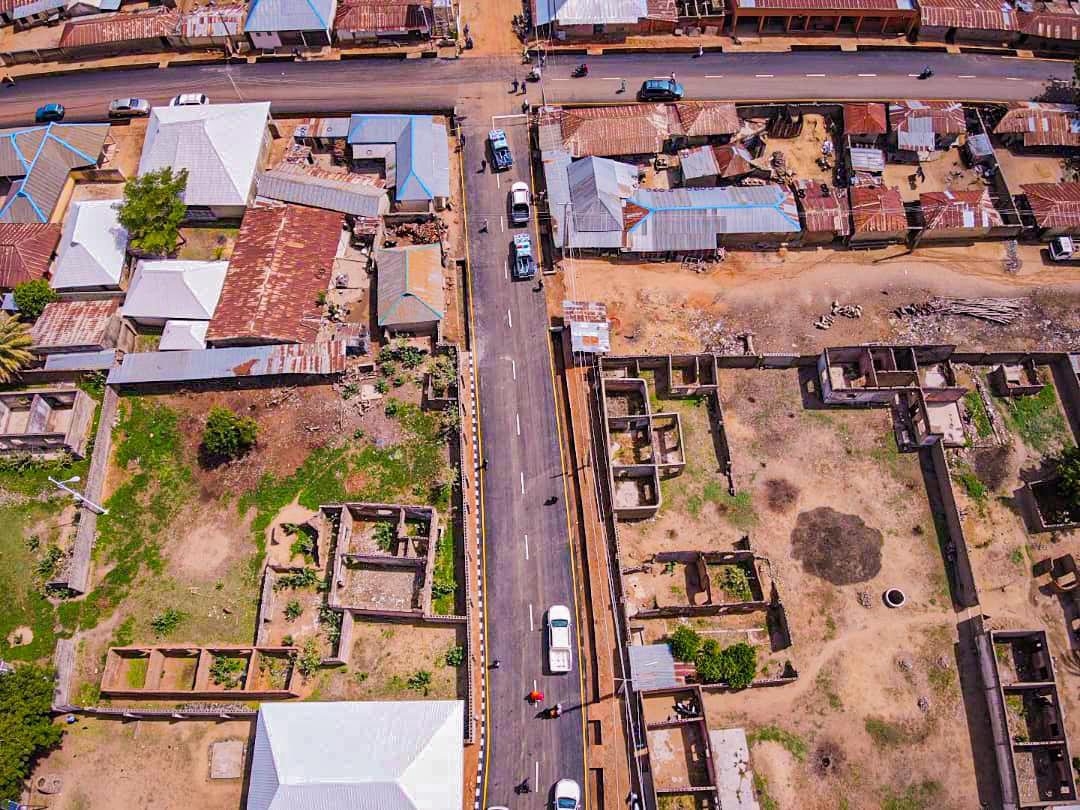 He called  on the people of the state to rally support for Governor Ahmadu Umaru Fintiri so as the governor’s administration will sustained provision of dividends of democracy to the citizenry.
Hon. Bello disclosed that there is a move by the Federal Government to ensure that its ongoing projects in Adamawa State are completed especially the Kuzum and Dilchim bridges in northern part of the state destroyed by the insurgents.
Earlier in his speech, Adamawa State Governor, Rt. Hon. Ahmadu Umaru Fintiri disclosed that the 3.2 km urban road in Hong has a fitting with drainage. He said the road is a stretched from European Quarters, Ploti, Anguwan Huasawa, Wuro Dole and Waja wards in Hong.
According to Governor Fintiri, the road constructed in Hong was part of his  administration’s  package for urban renewal campaign. Stressing that his administration will “sustain it until Adamawa urban centers and semi-urban centres wear a befitting look not only for ecstasies but for the comfort and convenience of our teaming populace and visiting investors”.
Governor Fintiri assured that his administration will embarked on the second leg of the Hong project by extending it from European Quarters to Government Lodge linked to Mubi Road as well as complete ongoing   construction of a 577-Meter Canal, stretching from LCCN Thlabu cutting across Wurodole to Anguwa Hausawa before the rain becomes heavier to check ecological problem in Hong town.
Other projects Governor Fintiri assured to complete in Hong LGA include the abandoned township roads and award new contract for erosion control Adamawa
He revealed his administration plan to connect Fadama Rake in his rural electrification project to the national grid soon.
Gov Finri Fintiri disclosed that the abandoned Pella-Maiha road will be completed in no distance time.
“The contractors handling the abandoned 40-km Pella-Maiha Road has been recalled to site. The project is going on progressively and by my order, we are likely to complete and commission the project before the end of the year” Governor Fintiri assured.
The Honourable Commissioner Ministry of Works and Energy Development, Adamau Atiku said that the 3.2km European Quarters Hong township road was award in August, 2020 and the contractor has completed the road according to specification and before the time frame of the contract elapsed.
In their separate goodwill messages, the former acting Governor of Adamawa State Ambassador James Barka and former Minister of Health Dr. Idi Aliyu Hong thanked Governor Fintiri for bringing development to their LGA, Hong and across Adamawa.
They said the projects executed and the ongoing ones are conspicuous across the state. They call on the people of the state to massively vote for Governor Ahmadu Umaru Fintiri for second term in office in the forth coming 2023 general elections.
15:07
Adamawa Daily Reports
update
Email ThisBlogThis!Share to TwitterShare to Facebook