NEWS UPDATE:Frm. Aviation Minister Commissions Yola Urban Roads, Says Gov Fintiri’s Philosophy “No One is Left Behind and Nothing is Left Untouched” Timely 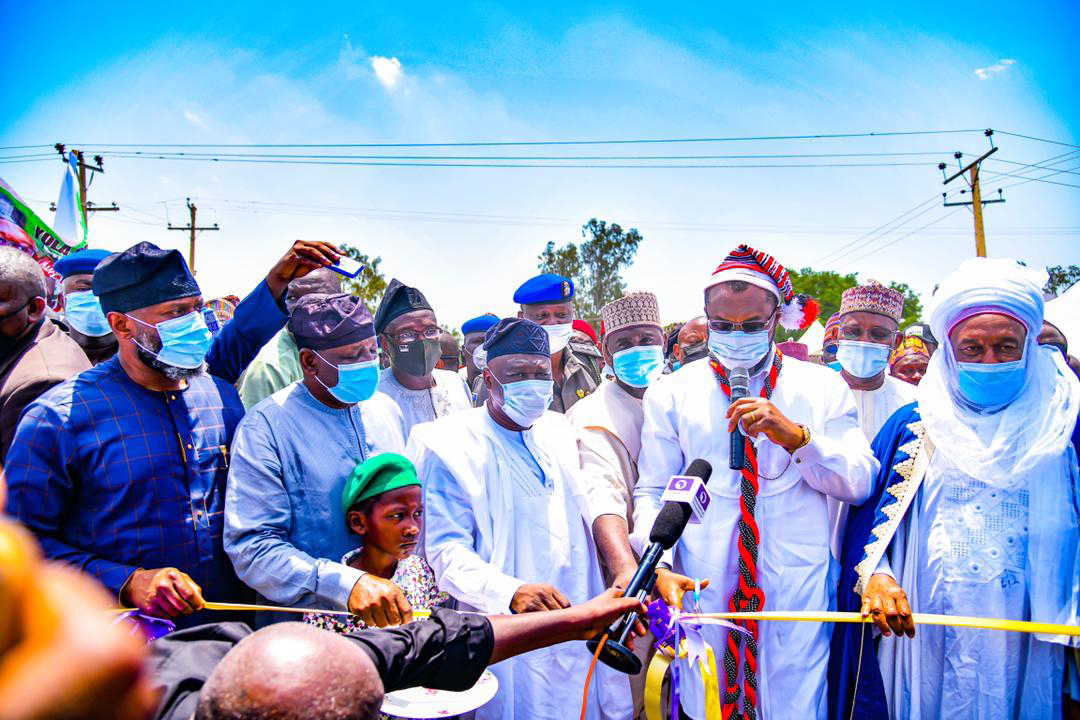 By Barnabas Augustine
25/5/2021
Former Aviation Minister, Chief Osita Chidoka has commissioned 1.6km Doctors’ Quarters and 800m Zumo roads constructed by Governor Ahmadu Umaru Fintiri administration. He said the philosophy of Governor Finttir “ No one is left behind and nothing is left untouched is timely considering  the need to upon up urban centres for economic growth.
Speaking on Tuesday at the venue of the road commissioning at Doctors’ Quarters road which the host community, Wuro Jabbi, Yola South renamed the road after Governor Fintiri’s late father Chief Chidoka lauded Governor Fintiri’s infrastructural development. He said he aligned with Governor Fintiri philosophy because it meant for the development of the state.
He said urban renewal and opening of rural areas is sole responsibility of a state government. He lauded Government Fintiri for not relenting in delivering the dividends of democracy to the citizenry.
Chief Chidoka called on the people of Adamawa to rally support for Governor Finttir to achieve his designed programmes while enjoining other states to emulate the Governor. 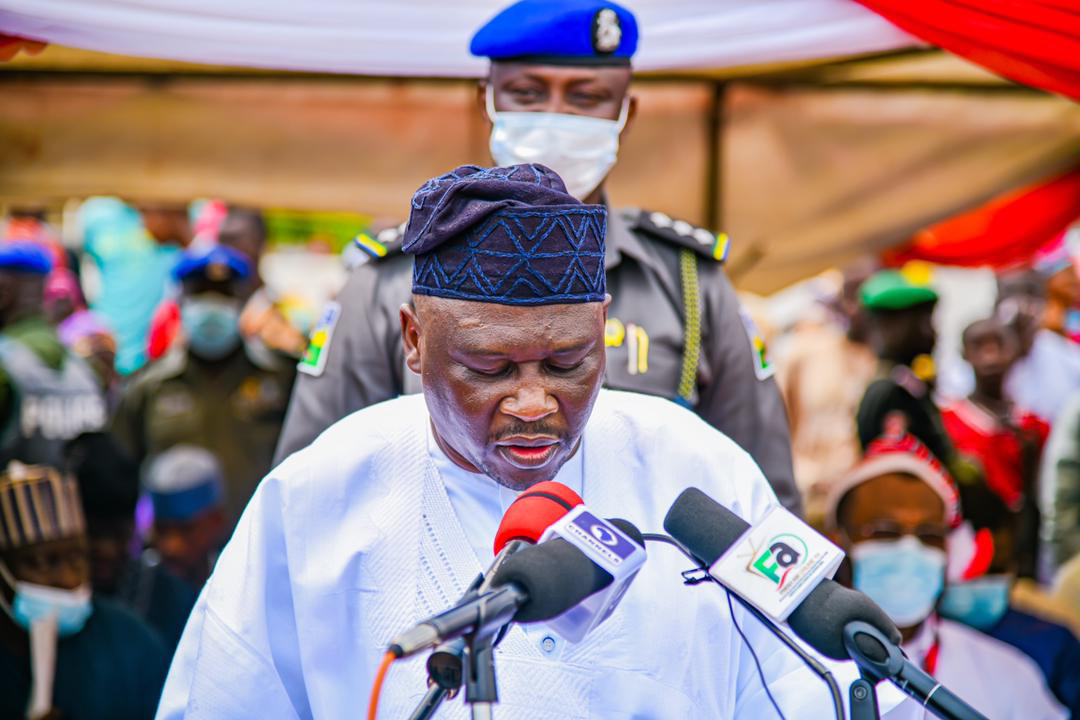 While delivering his speech, Governor Ahmadu Umadu said his administration would continue to construct infrastructure in Yola town at per with Jimeta.
“We truly need and deserve a capital city where citizens’ choice of place of settlement is decided not by the availability of municipal infrastructure but the choice of other determinants. This indeed, isn’t just a promise, it is a deal” Governor Fintiri said.
In order to make Yola town have a new facelift, Governor Fintiri said his administration has embarked on  road projects in Mafias quarters, Mbamba Street and Yolde Pate to Nyibango with span bridges which will provide an alternative route that links Yola Town to Jimeta.
According to Governor Fintiri his administration is making effort to bring to an end the perennial water scarcity in Yola by investing hugely in small town water scheme.
To respond to the housing deficit in the State, Governor Fintiri said his government is constructing a 1,000 Units Mass Housing at Malkohi, in Yola South. He revealed that works have reached advance stage on the Housing estate which is adjudged to be the largest Housing Programmme by a single administration in the annals of Adamawa State.
“We are determined to complete and commission this project and ensure that our population is sheltered and our people are proud owners of houses they can afford with friendly mortgage terms” Governor Fintiri said.
In his remark, the Commissioner Ministry of Works and Energy Development Adamu Atiku said the construction of Doctors’ Quarters road and the Zumo road was awarded in August, 2020. He said that the contractors handled the contract Mrss Raycon Nigeria Limited completed the road within the time frame and according to specification.
In their separate goodwill messages, the Member House of Representatives representing Yola south, Yola North and Fufore Federal Constituency Hon. Jafaru, Member representing Yola South in Adamawa state House of Assembly Hon. Kabiru Mijinya, Chairman Governing Board Adamawa State University Mubi Dr. Awwal Tukur, the Wuro Jabbi community leader Bello Mai and PDP Women Leader in Yola South Rabi Yahya Ahmed thanked Governor Fintiri for remembering Wuro Jabbi community in his urban renewal programme. They said that the road which the community requested to be constructed from previous governments for more than three decades, only came to reality during Governor Ahmadu Umaru Fintiri’s regime.
They assured Governor Fintiri led administration their unflinching support.
13:51
Adamawa Daily Reports
update
Email ThisBlogThis!Share to TwitterShare to Facebook