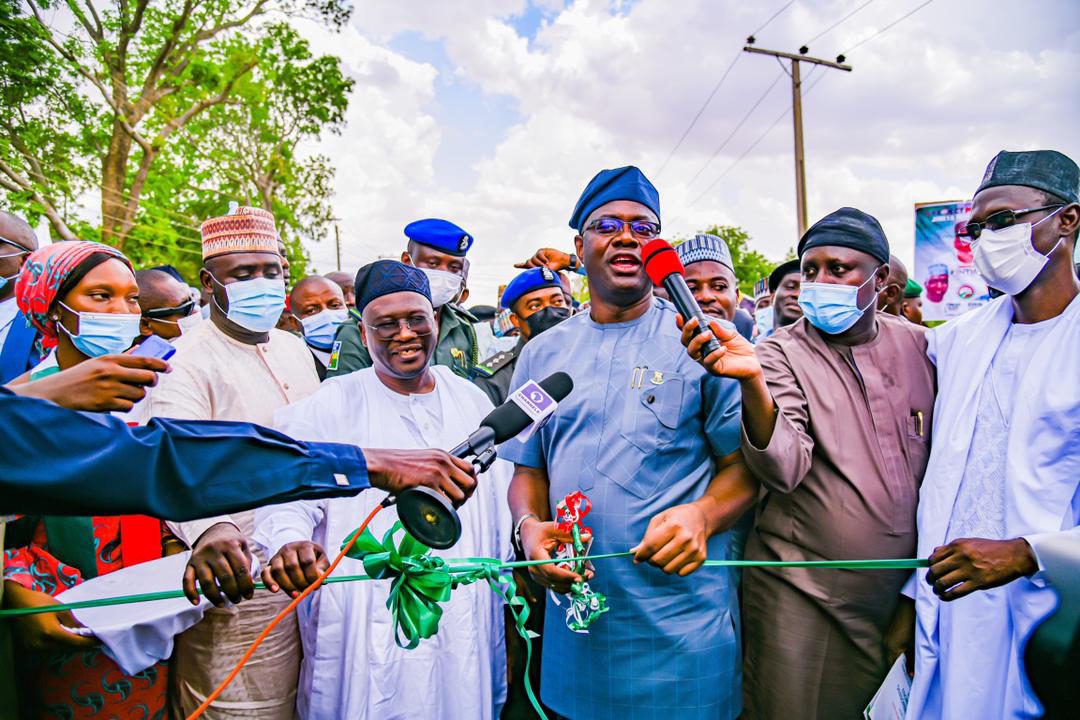 By Barnabas Augustine
26/5/2021
Oyo State Governor, Oluseyi Makinde has commissioned 8.86km roads constructed by Governor Ahmadu Umaru Fintiri of Adamawa State in Jimeta, Yola North LGA.
Wednesday, at the venue of the road commissioning, Weekly Scope road, Governor Makinde said Governor Fintiri is living with his campaign promises, having completed the projects he promised to the people of Adamawa State.
He said people of Adamawa have made a right choice in electing Governor Fintiri who in turn is  not disappointing the masses. 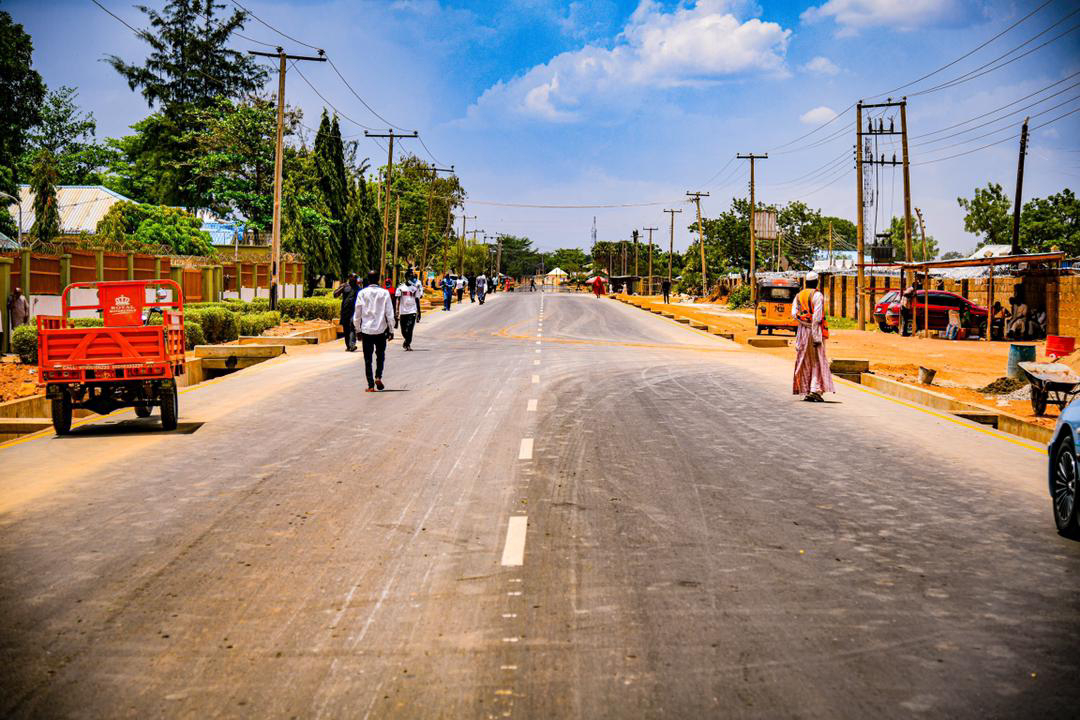 He call on Nigerians in subsequent election to pay attention to political party with its manifesto and a candidate political party will present in election.
Governor Makinde said the change Adamawa is witnessing is the one people are yearning for.
In his speech, the Governor of Adamawa State, Rt. Hon. Ahmadu Umaru Fintiri disclosed that the roads commissioned include 8.86km roads which formed the cluster of  Weekly scope, Mustapha Ismail Extension, Dougirei lane, Mayo-Inne, Jalingo, CSC and Lekki Taba Roads all in the low density area of the metropolis.
The Governor said that the urban renewal projects embarked in the state capital is part of his campaign promise which came to be in his philosophy of no one is left behind and nothing is left untouched.
According to Governor, Fintiri the infrastructural development Adamawa State is witnessing under his administration was a bid to uplift the living standard of the citizenry and provide an enabling environment that would attract investors that will help unlock the economic potentials which abound in the State.
“Being the State’s window to the outside world, investing heavily in the urban renewal of the State capital cannot be said to be a misplaced priority but a deliberate plan that will benefit the current and indeed future generations of this State” Governor Fintiri said.
Governor Fintiri stated that on assumption in office, he prioritised security of lives and properties of the good people of the state which bring to an end the activities of the dreaded Shilla boys as well as other criminalities that hitherto tormented the state capital and environs.
He also disclosed policy of his administration in education, water and housing. In his words:
“We have reclaimed all the land that belongs to the GGSS Yola and fortified the school to provide a conducive and secure atmosphere for learning and work will soon begin on the comprehensive rehabilitation of our secondary schools.
“We are committed to bringing an end to the perennial water scarcity in Jimeta and the attendant consequences on the residents of the metropolis.
“In dealing with the huge housing deficit in the State, we are constructing a 1,000 Units Housing Estate at Malkohi, though in Yola-South, it is providing direct means of livelihood to teaming artisans from Yola-North... We are determined to complete and commission this project and ensure that our population is adequately housed, and our people are proud owners of houses they can afford on friendly mortgage terms.
“Our two-pronged approach to bridging the infrastructural deficit in the State;  Urban Renewal Programme and Rural Infrastructure and Community Development  has seen us successfully constructing  347 km of rural roads across the State and the complete liberation of Toungo town from darkness by connecting them to the national grid, after 25 years of darkness. These and many more, have unlocked limitless opportunities for our hardworking rural dwellers”.
In his remark, the commissioner of Works and Energy Development, Adamu Atiku explained that the roads commissioned in Jimeta includes the ones abandoned by the previous administration and completed by Governor Fintiri led administration.
He said all the roads constructed were based on specification. And, they were handled by MSSR Triacta Nigeria Limited within the time frame of the contract.
In their goodwill messages the Member representing Yola North in Adamawa State House of Assembly Hon. Hamidu Sajo Lekki, Secretary to the State Government Mallam Bashir Ahmed, Chairman Yola North Hon. Ibrahim Uba Bappa, District Head of Jimeta Alh. Muhammadu Inuwa Baba Paris and  chairman stakeholders forum Yola North Alh. Kawu Wandala thanked Governor Ahmadu Umaru Fintiri for embarking on most of the road construction in Yola North.
They pledged their unflinching support to Governor Fintiri’s led administration and assured voting for him for second tenure in office come 2023 general elections.
12:08
Adamawa Daily Reports
news update
Email ThisBlogThis!Share to TwitterShare to Facebook