NEWS:Governor Fintiri Encouraged Christian Community of the State University Mubi to remain united, prayerful and focus on their studies. 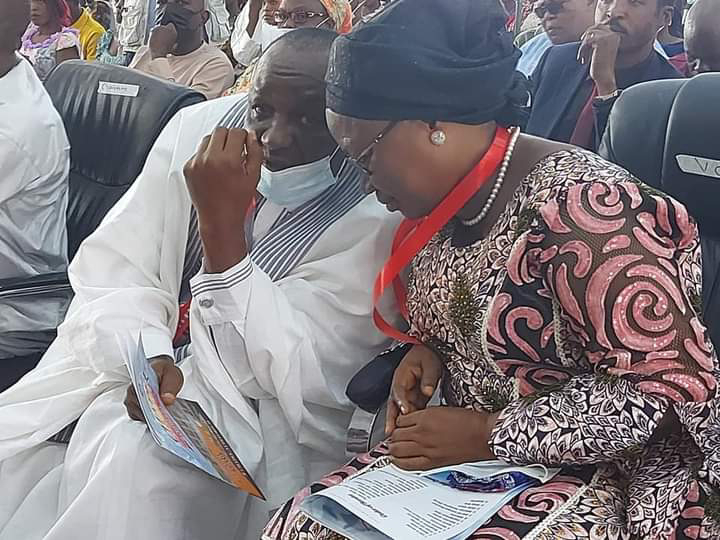 By Yusuf Umar
He gave the word of encouragement at the official dedication of the Christian Chapel of the institution tagged "Thriumphing by the Hand of God".
The Governor represented by his Deputy  Chief Crowther Seth congratulated the University community on such a great achievement, which has demonstrated their unity.
He admonished them to hold unto God in all they do, stressing that they can only succeed when they acknowledge Him as their saviour. 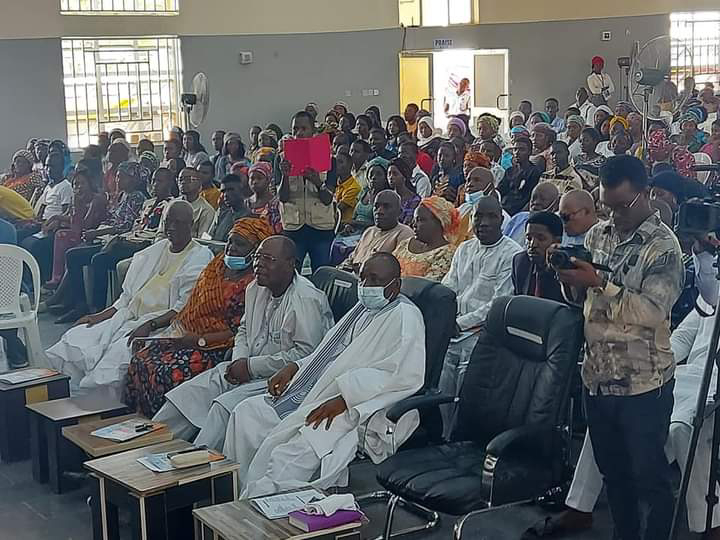 Governor Fintiri further commended the  developmental strides of the Vice Chancellor, Professor Kaletapwa Farauta, noting that the Fresh Air Government is committed to ensuring that the university remains financially stable.
He further urged the students not to be deterred by Challenges, but co-exist peacefully and face their studies.
In his welcome address, the Chaplain Pastor Salama Sajo returns all glory, honour, adoration to Almighty God for making the dedication of the edifice a reality.
He explained that the idea of building the 1,500 capacity Chapel was conceived by the Chapel council under the visionary leadership of Reverend Professor Pwaveno Bamaiyi in 2007, and that has become a reality despite all odds.
The chaplain recognized the contributions of General Theophilus Danjuma and late senator Paul Wampana among other donors for the success of the project.
Pastor Salama Sajo further revealed plans to commence the process of building another 5,000 capacity Chapel at the permanent site of the university, Sahuda Road Campus.
The guest speaker Reverend Professor Pwaveno Bamaiyi encouraged the faithfuls to pray and serve God in truth and spirit, assuring that God answers the prayers of his servants.
He expressed hope that the Chapel will be a turning point in the lives  of many, even as he tasked on the need for the edifice to be used for reconciliation, deliverance, forgiveness, repentance and seeking for salvation.
On her part, the Vice Chancellor of the University Professor Kaletapwa Farauta urged the staff, students among others to use the Chapel for the glory of God and the advancement of his kingdom.
The Vice Chancellor described by many as a passionate mother and leader per excellence maintained that God is behind the successes recorded in the Campus since she came on board, and was quick to implore the students to remain disciplined, serve God and focus on their studies.
12:53
Adamawa Daily Reports
News
Email ThisBlogThis!Share to TwitterShare to Facebook