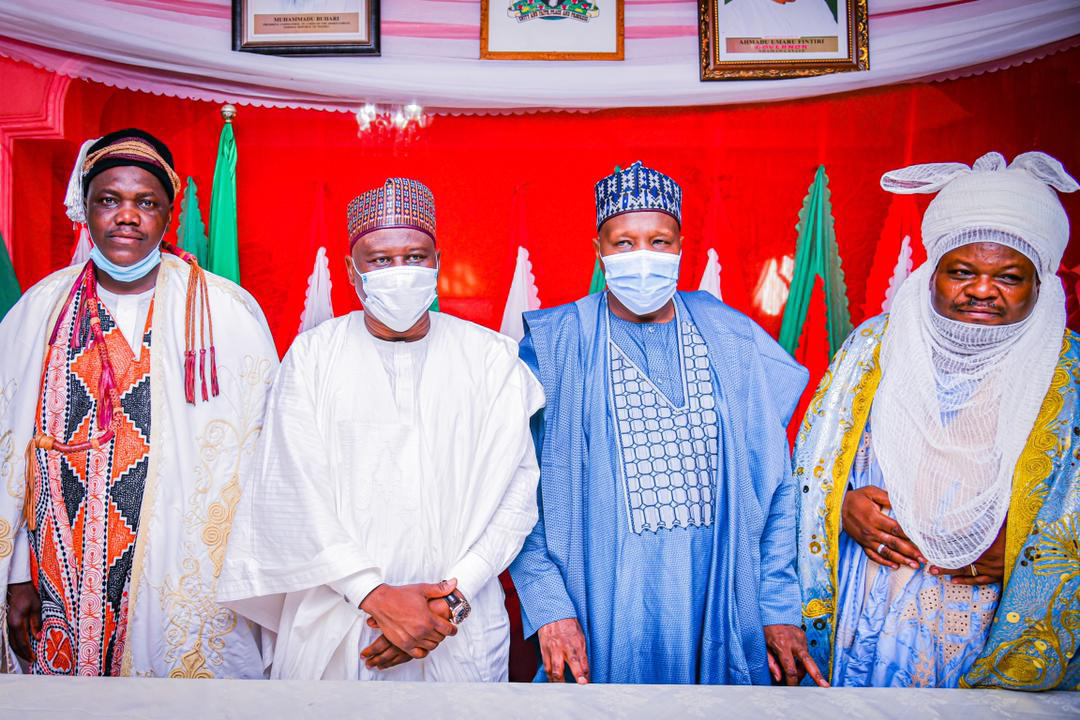 By Barnabas Augustine
19/5/2021
Following the recurring communal clash between Lunguda and Waja communities who both are spread in Adamawa and Gombe States, Adamawa State Governor, Rt. Hon. Ahmadu Umaru Fintiri and his counterpart from Gombe, His Excellency Mohammadu Inuwa Yahya have broker peace with the affected communities.
The two Governors who co-chaired the meeting Wednesday in Numan, Adamawa State insisted that peaceful coexistence between Lunguda and Waja people is non-negotiable. 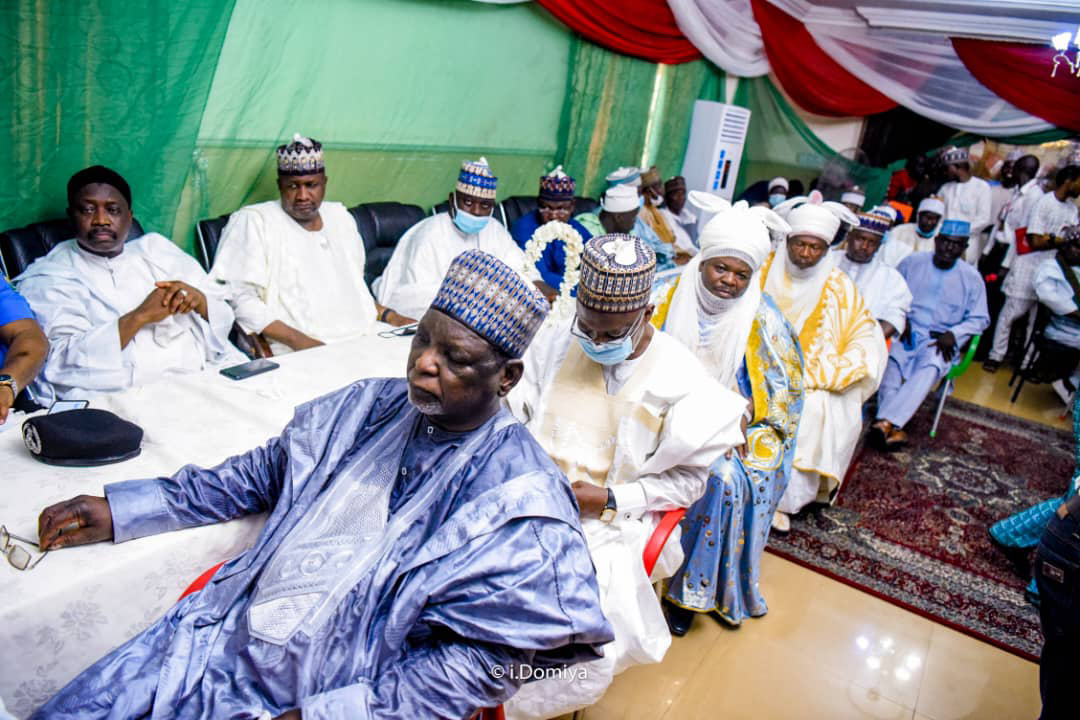 The meeting that involve critical stakeholders in Lunguda and Waja communities as well as Government officials from Adamawa and Taraba states was held in a close door for about two hours.
Reading the communique shortly after the close door meeting at Government Lodge Numan, Governor Muhammadu Inuwa Yahaya of Gombe State revealed that the following decisions were reached at the meeting:
1. That the two communities cannot be separated having lived and inter-married for centuries.
2. That all internally displaced persons (IDPs) camps should be closed within the next one week and people returned back to their homes'
3. That all militia and hunter groups are hereby disbanded and their
activities proscribed in both communities of the two States
4. That leaders and elders in both communities of both States shall prevail on their youths and restrain them from causing any distraction and participating in violence.
5.That religious leaders should mount and sustain the campaign for peace in both communities. This shall also be taken up by youth groups from both communities in the two States.
6. That a committee for the rebirth of peace and sustaining it among Lunguda and Waja in both States be raised to comprise the following:
a. Deputy Governors of Adamawa and Gombe States-Co-Chairmen
b. Attorneys General/Commissioners of Justice
c. Hon Commissioners Local Government and Chieftaincy Affairs, Gombe State.
d. Permanent Secretary Chieftaincy Affairs, Adamawa State
e. Honourable Commissioner Internal Security, Gombe State
f. Permanent Secretaries Special Services
g. Honourable Commissioners of Information
h. HRH Kwandi Nunguraya, Kuruhaye Dishon Dansanda II
i. HRH Balaa Waja, Alhaji Mohammed Danjuma Mohammed
j. HRH Hama Bachama, Humon Daniel Ismaila Shaga
k. H.E. John Lazarus Yoriyo
l. Justice Hakila Y. Heman
m. Mr. Ibrahim Welye
n. Chairmen of Balanga and Guyuk LGAs
o. Permanent Secretaries on Security matters - Co-Secretaries
Also in the communique that was read, the Paramount Rulers of the two communities; The Balaa Waja and Kwandi Nunguraya should ensure that the lingering land issues among the two communities are solved and people can go back to farm safely this rainy season.
He also disclosed that each of the two states will provide twenty five million naira for the committee to resettle victims of the communal clashes.
14:23
Adamawa Daily Reports
News
Email ThisBlogThis!Share to TwitterShare to Facebook