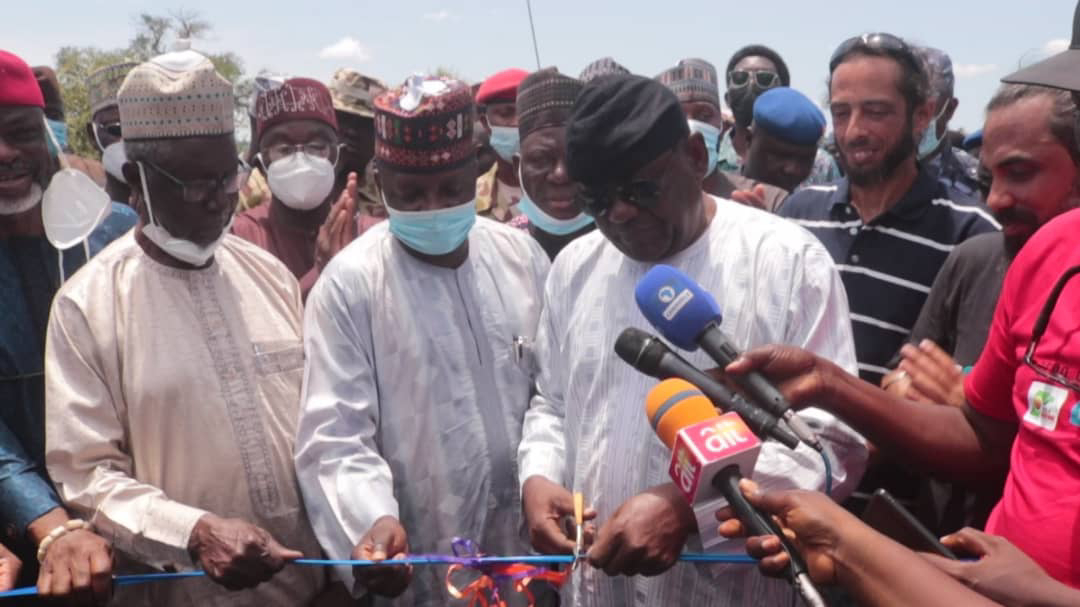 By: Yusuf Umar
The Adamawa State Government has Commissioned Kudzum bridge in Michika Local Government which was among private and public infrastructures destroyed by insurgents following attack on the area barely 6years ago
The rebuilding of the Bridge by the North East Development Commission is in fulfillment of the  mandate bestowed on the commission
Since the terror group hit the northern part of Adamawa years ago, lives,foodstuffs,public and private infrastructures were not spared  which resulted to the displacement of thousands of people from their father land. 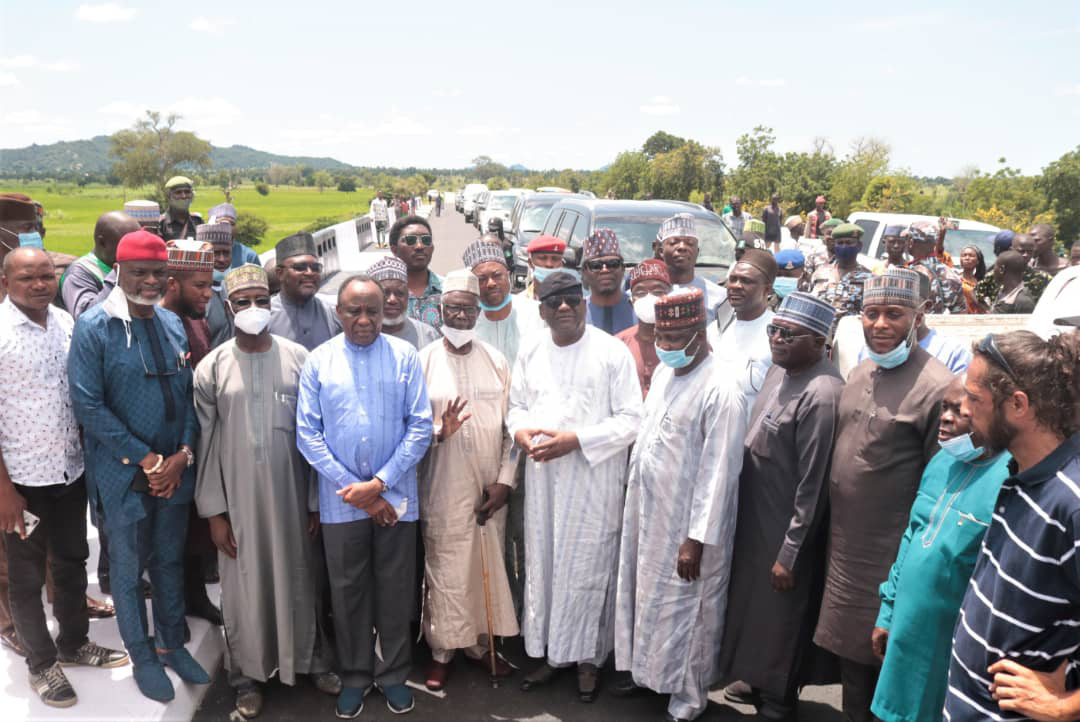 Moved by the level of damages done, the federal government deemed it fit to establish the North East Development Commission with the sole mandate of rebuilding the insurgency affected communities.
In line with that, the Commission has successfully intervened and commissioned several projects in sectors of human endeavour, not only in Adamawa state, but other affected North Eastern states in its continued quest to assist the insurgency ravaged communities rediscover their means of livelihood.
Commissioning the bridge The Deputy Governor Chief Crowther Seth lauded the foresight of the Federal Government and the North East Development Commission, even as he re-emphasized governor Ahmadu Umaru Fintiri's led government’s readiness to providing infrastructure among other social amenities to meet the yearnings and aspiration of the people of Adamawa.
He said the reconstruction of the bridge is one of the great achievement by the commission, noting that it will boost the transportation of goods and services in the area.
In their separate remarks, the Chairman North East Development Commission Major General Paul Tarfa Rtd and the Managing director and Chief Executive Officer Mohammed Goni Alkali said the completion of Kudzum bridge is in continuation of its mandate to rebuild the North East through executing both human capital projects as well as rebuilding public and private infrastructures destroyed by insurgents, saying the successes recorded so far could not have been a reality without the support of the federal government.
Other stakeholders from national and state levels heaped encomiums  on the Fintiri led administration for its developmental drive which is glaring , maintaining that his name will be written in the anals of history of the state and beyond.
According to the officials,  14.74 billion naira was the total sum for the reconstruction of 30 kilometer road from Mararaba Mubi to Madagali involving three bridges in the area of which the already completed kudzum bridge is among.
Meanwhile, the Deputy Governor Chief Crowther Seth in company of other officials also supervised the reconstructed Kudzum health center, rebuild by Multi Sectoral Crisis Recovery Project (MCPR) after it was ravaged by insurgents.
06:23
Adamawa Daily Reports
News
Email ThisBlogThis!Share to TwitterShare to Facebook