Governor Ahmadu Umaru Fintiri has assured that his administration will bring back normalcy in villages that are witnessing farmers-herders crisis in Bolki Ward of Numan Local Government Area.
The villages that had witnessed the crisis include Ya Puli, Kona, Sabon Layi, Nega, Beng and Bokki.

Attending to aggrieved women of the villages who came in their numbers putting on black attires to register their complain to the government at the Government House Yola, Governor Fintiri said that he will ensure that the people go back to their communities and continue their normal life without fear of further attack from any group.

He warned that those behind killing and destrying propeties of innocent citizens should desist from carrying the criminal act as his administration will not relent in ensuring that the perpetrators are brought to book for justice to take its course.
Governor Fintiri enjoined farmers and herders to coexist and each should concentrate in its business without harassing his fellow. Adding that peace will exist among farmers and herders if tolerance, trust and understanding is champion by the two farmers.

He restated that by tomorrow the complainants will begin to see changes in their communities, as the Government will ensure the needful is done.
The Governor revealed that plan are on the way to establish grazing reserve and build necessary facilities at the reserve so that the herders will be restrictef with their animals at the reserve to bring an end the obsolete rearing of animals of moving to long distance in search of pasture that is causing preventable crisis with the farmers.

Registering their dismay over reoccurring attack by suspppected herders on their communities, the spokeswoman of the victim communities, Safiya Peter said they were at Government House to inform Governor Fintiri their predicaments which they believed the Governor is the righy authority to wipe their tears.

According to the spokeswoman, for days they were not sleeping in their house because of fear of attack by herders who are attacking their villages unabated.
She alleged that the herders are attacking their villages with sophisticated weapons, resulting to killing many lives making majority of the women came to the Government House widows. She added that at night the women and their children sleep in the bush for fear of being killed by the herders.

The spokeswoman pleaded with Governor Fintiri to take necessary measures in ensuring that normalcy has return in their various communities as she said the herders vowed to destroy their remaining farm which they have already dedtroyef more that half of their farms. 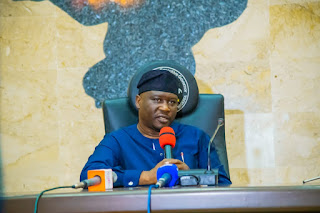 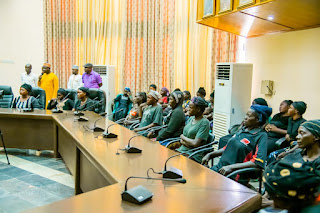 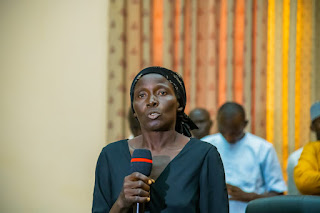