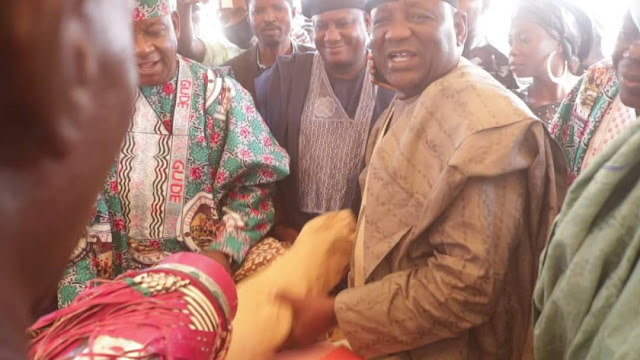 
Governor Ahmadu Umaru Fintiri has continued to sue for unity and peaceful co-existence between diverse ethnic groups. He made the call at the international day of Gude held in Mubi local government area yesterday.


The saying "Your culture is your identity and pride", holds meaning to the people of Gude ethnic group in Mubi as they continue to abide by the culture inherited from their forefathers.

In line with that, Gude ethnic group organized its cultural day aimed at showcasing its rich culture to the world, and by extension, transmitting it to the younger generation. 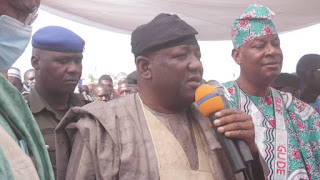 While congratulating them on such historic occasion, he said traditional gathering always reminds him of his root, hence the the call on them to promote their cultural norms and values at all cost. He has  also advised Gude sons and daughters to remain disciplined, even as he tasked parents and guardians to instill good moral values in their children.

The District Head of Nasarawo,Alhaji Yerima Saidu Ahmadu who represented the Emir of Mubi Abubakar Isa Ahmadu warned Gude ethnic nationalities against allowing their culture to go into extinction, advocating for the promotion of their cultural heritage.

In a remark by the Chairman Mubi South Local Government Area who doubled as the State ALGON Chairman, Jingi Rufai preached peace and unity of purpose, reminding the gathering that those without culture have lost their identity.


Findings revealed that Gude international day is the first in history organized by Gude cooperative society limited, and their mission is to develop and protect member value world wide.