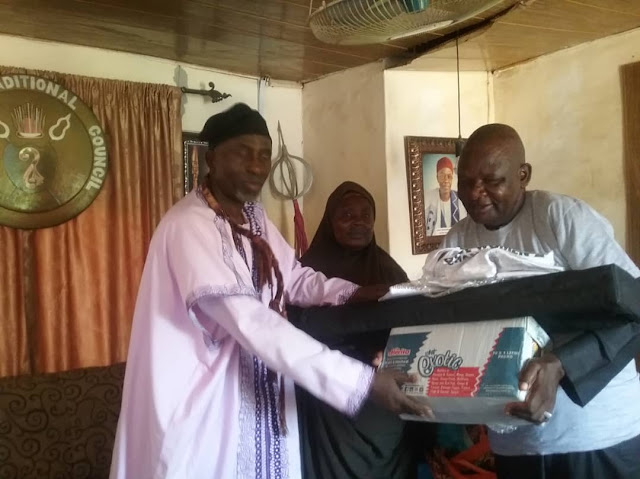 Staff in Ministry of Women Affairs and Social Development in collaboration with Danish Refugee Council have paid  advocacy visit to Numan Chiefdom to seek for the  reviewing of the United Nation Security Council Resolution 1325 on Women Peace and Security.

The Women Peace and Security 1325 was the time EU came to understand that Women are the agents of peace. Peace building and Conflict Resolution Programme is designed to strengthen women leadership, advance Gender Equality and improve Protection of Women and children in conflict settings in Nigeria. Three States were targeted for the project Adamawa, Gombe and Plateau. In Adamawa State however,  four Local Governments were selected these include ;  Numan, Yola-north, Yola-South, and Maiha in order  to increase Women’s engagement in peace building and conflict management process at all levels.

The Advocacy visit was led by  Director. Women Affairs  Mrs. Anna Alahira, she stated that the aim of the visit is to review the State and Local Action Plan particularly in Numan Local Government being the Gender Champion  of traditional council where women are appointed as Assistant Ward Heads and given traditional titles.

Also, the Project Officer, Danish Refugee Council Mrs. Bintu Audu, commended the traditional council  of Numan Chiefdom for carrying women along, she emphasised that, perpetrators of rape should not go unpublished by law. 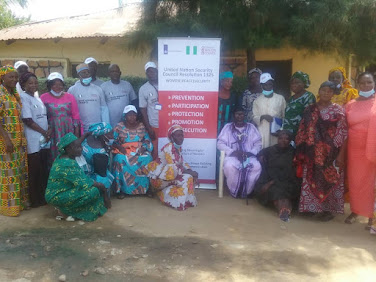 Responding on behalf of Numan Chiefdom,  Chief Philemon Y. Godi, Mayor of the chiefdom, expressed his gratitude to the team for the review meeting. He reiterated that involving women in decision making, promoting peace and security  is a welcome idea in his domain.

The Moyor further stated that since time immemorial, Numan chiefdom have two recognised women who are being referred to as symbol of reference they are; Mbamtu Farai, a mini Goddess who is protecting the Numan Kingdom and Bwato Nzumanso, she is fourth in command in Numan traditional title. He added that, so far,  in Numan local Government, they have twelve women lead mentors and four ward heads.

Lastly, in a vote of thanks, Mrs. Clara Heman, commended the team for the visit  and promised their support  to cooperate with  any organisation that support the cause of women.

Highlight of the visit was presentation  of flip banner that contained laws on harmful practices.