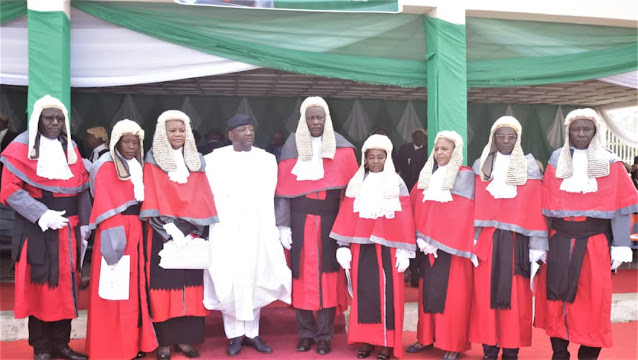 The Governor who was represented by his Deputy Chief Crowther Seth gave the commendation at the opening of the 2021/2022 Legal Year.


Governor Ahmadu Umaru Fintiri congratulated the Acting Chief Judge, Justice Nathan Musa for his effort in ensuring that the commemoration of the legal year becomes a reality. He expressed confidence in the ability of the acting Chief judge to restore the integrity of the Judicial arm of Government, thereby promoting good governance. The Governor pledged to continue to improve the welfare of the judicial officers, which he considers as one of the tool to fighting corruption. 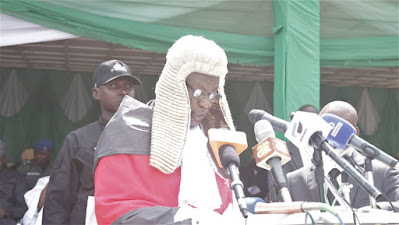 Earlier, in a welcome address, the Acting Chief Judge, Justice Nathan Musa heaped encomiums on Governor Ahmadu Umaru Fintiri for gracing the occasion, noting that his presence is an indication of the inter-dependency and mutual relationship existing between the Judiciary and the Executive arm of Government.

This according to him, also demonstrates his  magnanimity and respect for the autonomy of the judiciary and has affirmed  his belief in the Rule of Law and Justice for all.

Justice Musa equally explained that the legal year ceremony accord the judiciary opportunity to examine various facets of the institution and plan for the future.

The Acting Chief Judge noted that the  judiciary has performed its duties within the armbit of the law, revealing that a total number of one hundred thousand index cases comprising civil and criminal were registered by the various courts which include area, Upper Area, Magistrate and High court.

While adding that Seventy Thousand of the index cases were disposed off by the various courts mentioned, Justice Musa said measures have been put in place to ensure speedy and rightful dispensation of justice.

He further disclosed that more Magistrates will be appointed in the new Legal Year to be posted to take charge of Area Courts in the State.
00:21
Adamawa Daily Reports
Judiciary
Email ThisBlogThis!Share to TwitterShare to Facebook