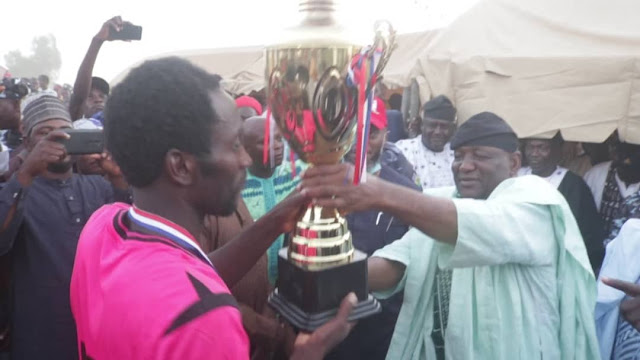 The Adamawa State Government has continued to call on all stakeholders for the promotion of grassroot sports which is one of the key element of fostering unity, tolerance and understanding in the society.

Deputy Governor, Chief Crowther Seth made the call during  the finals of the Chairmanship football competition in Jada local government area of the state.


Deputy Governor graced the finals of the Chairmanship football competition in Jada, praised the initiative, courage, determination and zeal of the local council chairman Andulkarim Balala for organizing such a competition aimed at identifying new talents and promoting the spirit of unity, love and togetherness.

While noting that football is the most popular game in the world, he congratulated the winners of the tournament, encouraging the youths to embrace sports, which is one of the mechinaries of strengthening the bond of  unity among people of diverse tribe, culture and religion as well as improving physical fitness.

The Executive Chairman of Jada Local Government who is the Coordinator of the football championship Abdulkarim Balala said the game is born out of his desire to revive grassroot sports and Jada football club in particular which was not accorded priority for years. He maintained that identifying and nurturing young talents would boost Jada football club and the state in general. 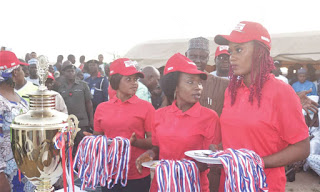