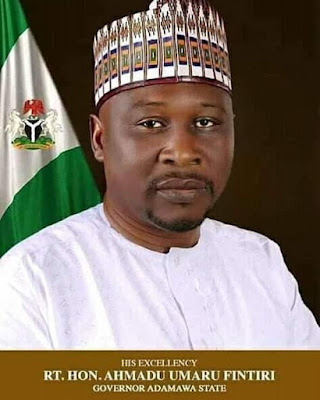 The Adamawa Executive Council has in it tenth meeting for the year 2021 has approved the construction of Mubi bye pass in the ancient town of Mubi in Northern Adamawa and the construction of Adamawa Television Authority (ATV) Junction to National Youth Service Corps (NYSC) road, Damare in Girei Local Government Area.
The EXCO also approved the installation of street lights in the state capital.

Briefing Newsmen, Wednesday after the meeting that was presided by Governor Ahmadu Umaru Fintiri at the Council Chambers in Government House Yola, the Honourable Commissioner, Ministry of Works and Energy Development, Alhaji Adamu Atiku disclosed that Adamawa State Executive Council has approved three point four billion naira (N3.4b) for the construction of bye pass road in Mubi.
He also explained that the EXCO has approved one point eight billion naira (N1.8b) for the construction of 4.6km ATV Junction to NYSC camp road at Damare.

According to the Commissioner of Works and Energy Development, the road will be constructed to ensure that the loading capacity for the road will be enough to withstand heavy duty truck that will plight the road having the State Government has activated the operation of the fertilizer blending plant at Damare.

He said that the contract for the construction of the roads was awarded to MRSS Triacta Nigeria Limited for the period of 12 months after having source of certificate of no objection from Bureau of Public Procurement as well as the approval for single sourcing.

Hon. Atiku maintained that the road construction is in line with the aggressive rural and urban renewal programme embarked upon by Governor Ahmadu Umaru Fintiri.
Alhaji Adamu Atiku disclosed that the EXCO has also in the meeting approved the installation of solar power street light at the grade interchange stretching to the four adjoin axis of Yola road, Bank road, Justice Ardo road and Atiku Abubakar road.
He explained that the contract was awarded at the cost of three hundred and fifty eight million naira (N355m), with the total of 166 single arm and 266 double arm solar power street lights to be installed.