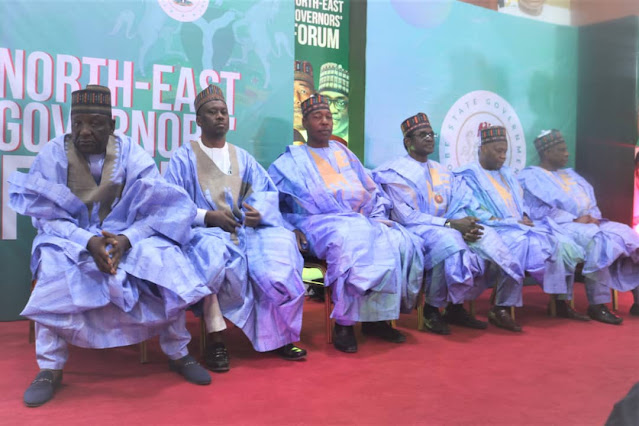 
The Chairman Northeast Governor's forum Professor Babagana Umaru Zulum says the Governor's of the sub-region are poised towards ensuring the security, economic and social transformation, as well as the overall infrastructural development of the zone. He was speaking at the official opening of the sixth north east Governor's forum meeting in Damaturu, Yobe State capital on Tuesday.


The Chairman of the Northeast Governor's forum who doubles as Borno State Governor Professor Babagana Umara Zulum gave kudos to the North-East Governors for the spirit of brotherhood demonstrated as they fight a common goal.

He said the gathering which is the sixth offers them opportunity to identify challenges facing the northeast and come up with resolutions that can impact positively on the masses, thereby repositioning the sub-region. 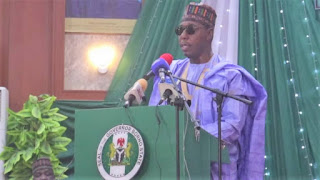 Professor Zulum reiterated the forum's determination to take action and decisions to improve security, economic and social well being of the citizens, adding that creating atmosphere for equal opportunity is Paramount.

He further lauded President Muhammad Bahari for his renewed commitment to tackling insecurity, urging military and other sister agencies including the local vigilante and hunters to maintain their dogged fight against insurgency and other forms of security problems facing the region noting that despite successes recorded, the fight is not yet over until it is over.

The Host and the governor of Yobe state Mai Mala Buni in a welcome address said the periodic meeting has proven to be important in the governor's quest for the full return of peace, stability and prosperity of the northeast zone.

The Governor maintained that the gathering underscores their collective commitment to free the region from the clutches of insecurity, poverty and other emerging challenges of development in the aftermath of over one decade of insurgency which devasted communities.

He also noted with dismay that the northeast had to contend with desertification and desert encrochment, low rainfall and drought among other natural factors such as flooding that has continued to affect Agricultural productivity of the people. 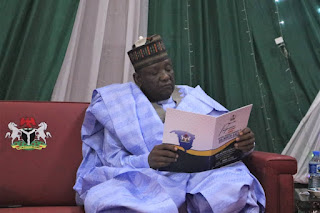 Governor Ahmadu Umaru Fintiri was represented at the meeting by his Deputy, Chief Crowther Seth and other top government officials.

Meanwhile, the north east governor's forum has raised concern over the non- commissioning of the Dadin Kowa and the Kashim-Billa hydro-power plant Which they said stalled the development of the northeastern states.

This formed part of a communique issued at the end of its sixth Meeting in Damaturu, Yobe state capital as read by governor Inuwa Yahya of Gombe state.


Governor Inuwa Yahya of Gombe state while reading the communique said the forum appealed to the federal government to increase its investment in the north east sub-region in other to bring peace and economic prosperity.

The Governors recognizes that the 2022 budget is in its final stage urging the national assembly to look critically at the region with a view to ensuring adequate allocation on all major capital projects in the appropriation act.

The forum also noted the improvement in the Security situation in the region, highlighting mass surrender of the terrorists fighters as evidence, and therefore, advocated for the establishment of a sustainable program for the handling of repentant insurgents.

The forum further noted that kidnapping, farmer-herder clashes among others are becoming worrisome and resolved to undertake stringent measures geared towards curtailing the menace.The meeting ended with a dinner while different groups made presentation to entertain the guests.

The forum’s next meeting is scheduled to hold in Gombe State, between 9th and 11 March, 2022. 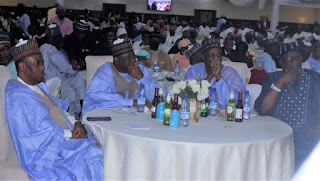