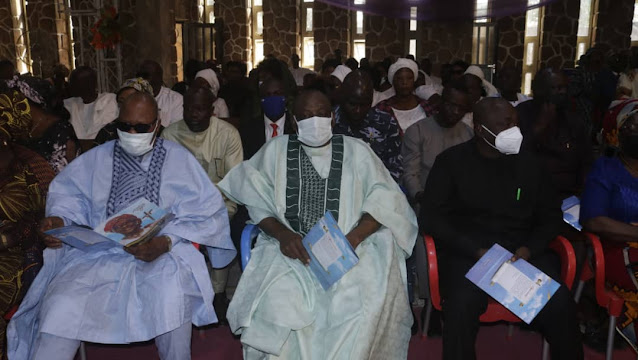 
The Deputy Governor Chief Crowther Seth who was speaking at her funeral service held at the LCCN number one Cathedral Numan prayed God to Grant her eternal rest. While at the funeral service, he comforted the breaved family over the demise of their mother, regretting that her services will be greatly missed.

He however, thanked God for her life which he said was well spent, encouraging the immediate family to emulate and sustain her virtues. 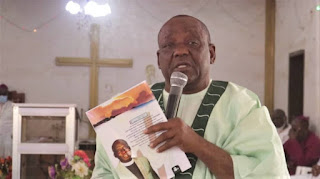 Eulogizing late Mama Hellen George, Chief Seth also urged the faithfuls to mend their ways, hold unto God, live in peace and unity, for the body of Christ is one. Saying no one can question God for his decision to give and take life at his own appointed time, he prayed God's grace upon the family to bear the great loss, reiterating that death awaits every mortal.

The preacher, Reverend Timothy Yunis centered his message on "Witness on the righteous", admonishing the congregation to set their heart on God and be brothers keeper. 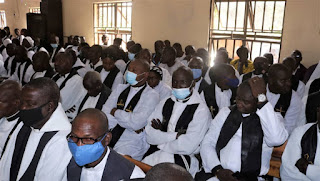 Taking scriptural reading from Ezekiel chapter Nine verses four to six, he urged Christians to repent from their short comings, emphasizing that death has no power over the righteous.

She left behind two children, four grandchildren, one great grandchild and eight siblings.

In his condolence message at the funeral service of the deceased at LCCN Demsa one, he expressed the need for Christians to re-dedicate themselves to the service of God while still alive.

The deputy governor paid his last respect, encouraging the living to love one another, and live in unity, peace and harmony.