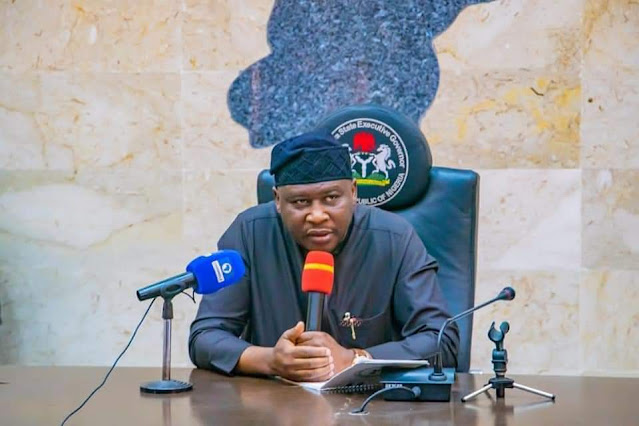 Governor Ahmadu Umaru Fintiri has said that Adamawa State Workers will continue to receive their Transport Leave Grants, LTG shared in 12 Months, begining from this month. He said the total amount each worker will earn for a year will be divided for 12 months.

Governor Fintiri made this revelation when the State Executive of the National Union of Local Government Employee Workers paid him a thankyou visit at the Conference Hall, Government House Yola as he reiterate the commitment of his Government to pay LG Workers TLG. 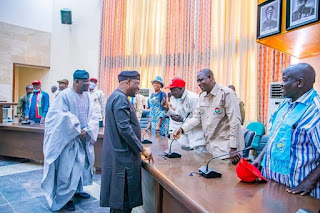 As part of his administration policy of ensuring the welfare of civil servants is prioritized, Governor Fintiri explained that he has directed the Commissioner for Local Government to workout how to pay the LTG for LG Workers that cut across NULGE, NUT and Health Workers and forwarded it to him the cost implication. He added that if the minimum wage is not implemented immediately, he will ensure that the LG Workers get their LTG.

The Governor maintained that the LG Workers are heart beat of his Government and integral part of the movement that brought his administration on board. He stressed that nothing will be too much if given to the NULGE while stating that his Government has put in place modality  that aid organizing workshops and trainings for the workers. 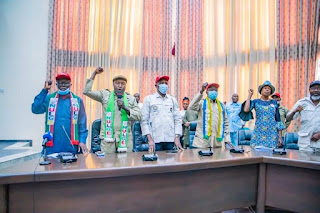 He enjoined the NULGE to always discuss harmoniously what they wanted from his Government. Stating that he will what belongs to the LG the workers enjoy it.
Earlier speaking, the President National Union of Local Government Employee Adamawa State Branch, Comrade Hammanjulde Gatugel said they were at Government House Yola to thank Governor Ahmadu Umaru Fintiri for appointing five of their members as Secretaries of Local Government Areas.