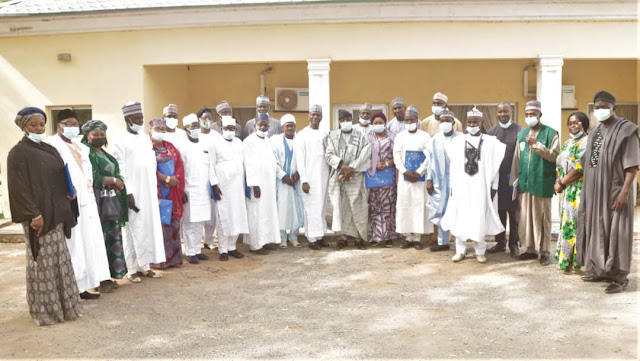 Speaking at the State Task orce on immunization meeting held in the Conference hall of his office, Deputy Governor Chief Crowther Seth reassured of Government commitment to improving the health status and well-being of the citizens.

Addressing Members of the task, Chief Seth who is equally the Chairman State Task Force  Chief Crowther Seth lauded the stakeholders for the role played in the conduct of the outbreak response one exercise. He said despite all odds, the task force has achieved a coverage of 101 per cent and a wastage rate of six per cent.

The Deputy Governor equally commended the effort of the development partners in supporting immunization and other health interventions in Adamawa as well as the health workers for providing the needed services.

While regretting the challenges faced before and during the implementation of the just concluded outbreak response, Chief Crowther reassured of the release of fund towards a successful conduct of pre-implementation activities.

He therefore, revealed that the feedback from the round one outbreak response and call to action is preparatory for the round two exercise scheduled for February, 2022.

The number two citizen therefore, encouraged the critical stakeholders to support the program through intensive advocacy and social mibilization.

The State Hon. Commissioner for Health represented by the Permanent Secretary, Mrs. Rhoda Zira Yohanna praised the laudable achievements of the stakeholders and wished them a successful exercise.

The Chairman Primary Healthcare Development Agency Dr. Suleiman Saidu Bashir also commended the state government and development partners, saying the feats achieved could not have been possible without their support.

While emphasizing that the exercise is aimed at building the necessary herd immunity in Adamawa and for Nigeria to retain its polio-free status, the chairman said the task force is a statory committee with a mandate coordinate polio eradication activities in the state and also supervise local governments task force on immunization, among other key functions.