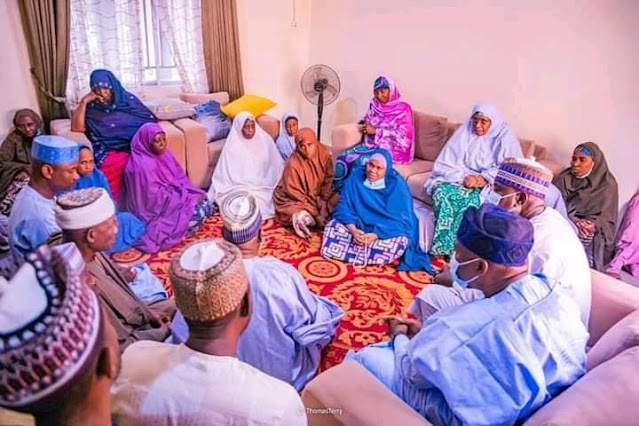 While at the residence of late Hamman Bello Ahmed Kojoli, Governor Fintiri described the deceased as elder statesman and son of Adamawa who has contributed his quota in restoring discipline in Customs Service.

Late Kojoli was survived by his wife, 12 children and many relatives.
At the family residence of late Alh. Hammanjoda Fari, Governor Fintiri described the deceased as an elder statesman who died when his advice is needed in taken Adamawa to its desired position.

He said the deceased was religious, companionate and a good adviser; leaving behind life worthy to emulate.
Late Alh. Hammanjoda Fari died on Monday night, January, 31 at the age 97 years. He was survived with 3 wives, 37 children and many grand children.

He was buried on February 1, 2022 in Yola Town cemetery.
Special prayers were offered for the repose of the two deceased for God to grand them eternal rest in paradise and their families to bear the irreparable losses.