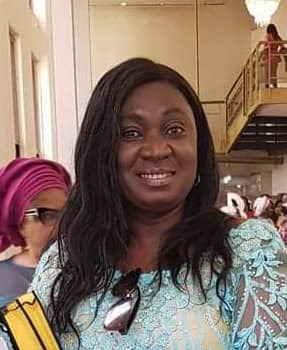 In a press statement signed by Governor Ahmadu Umaru Fintiri's Press Secretary, Mr Humwashi Wonosikou said the Governor said that WAGPA has made a right choice and he is optimistic Chafari will deliverl accordingly.
The statement reads in part:

"Chafari Shadrach Kanya, a lawyer by training who emerged Director General hails from Hong Local Government area of Adamawa state and is the first Nigerian and first female DG of the multinational economy-based organisation.
"Rt. Hon. Ahmadu Umaru Fintiri describes her victory as "Path-breaking, and a matter of immense pride not just to WAGPA, but for all Adamawa and Nigerian citizens. "Congratulations on your momentous victory". He said.

"The Governor said as number one citizen of Adamawa, "I could not be prouder to congratulate the next Director General. I know Chafari will do the job with the best interests of everyone, whether or not she had their votes".

"Governor Ahmadu Umaru Fintiri said he is optimistic that Chafari will make a difference having served the organisation in different capacity before her elevation as DG.

"While encouraging staff of the organisation to give Chafari Kanya a chance and lend her support,   he stressed that "I am certain that WAGPA is set for transformation and consolidation of achievements of the outgoing Director General. Her emergence is not just victory to Nigeria, but WAGPA that would experience continuity in terms of standard and decorum in administration".

Governor Fintiri also advised the new DG to work towards enhancing professionalism, saying "Many are counting on you to lead the way. By voting you, WAGPA has proved again that the unity of the organisation is strong".

"Congratulations. I am proud of your well-run campaign and looking forward to seeing the positive changes you bring to the West Africa Gas Pipeline Authority".
"WAGPA is an international organisation established by a treaty between Nigeria, Benin, Togo and Ghana to regulate trans-border gas pipeline laid from offshore Nigeria to the four countries at the moment".