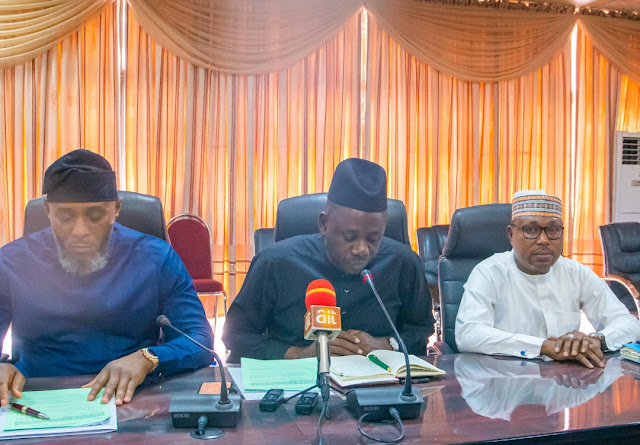 The Adamawa State Executive Council in its third meeting for the year 2022 has approved Nine point Eight Billion Naira for the construction of roads in five Local Government Areas in the State.

In the meeting that was presided by the Deputy Governor of Adamawa State, Chief Crowther Seth, the Council has also approved the procurement of fertilizers for the 2022 wet and dry season farming.

Dr Pella explained that the roads are in ten lots. According to him in the lots, the Council has approved nine hundred and eighty million, six hundred and thirty one thousand, two hundred and forty four hundred naira, ninety five Kobo (N980,631,244.95) for the construction of 2.24km Mubi South township to MSSR Triacta Nigeria Limited.

The Hon.  Commissioner of Information and Strategy stated that within the state capital, the Council has approved the construction of roads within the Ribadu Square and 2.64km Gashaka street in Yola North, awarded to MSSR Triacta Nigeria Limited at the cost of one billion, one hundred and fifty million, three hundred and nineteen thousand, two hundred and fifty seven naira, fourteen Kobo (N1,150,319,257.14kb).

Dr Umar Garba Pella disclosed to correspondents that the Adamawa State Executive Council has also approved two hundred and ninety nine million, two hundred and eighty eight thousand, two hundred and fifty naira (N299,288,250) for the procurement of NPK, Urea and liquid fertilizers to farmers in the state.
He explained that the Government has looked into the plight of the farmers in Adamawa State having the office of NSC has banned supply of fertilizers to states of Gombe, Adamawa, Borno and Yobe for security reason.

Dr Pella said that the fertilizer which will be procured for 2022 wet and dry season farming will be sold to farmers at subsidize rate.