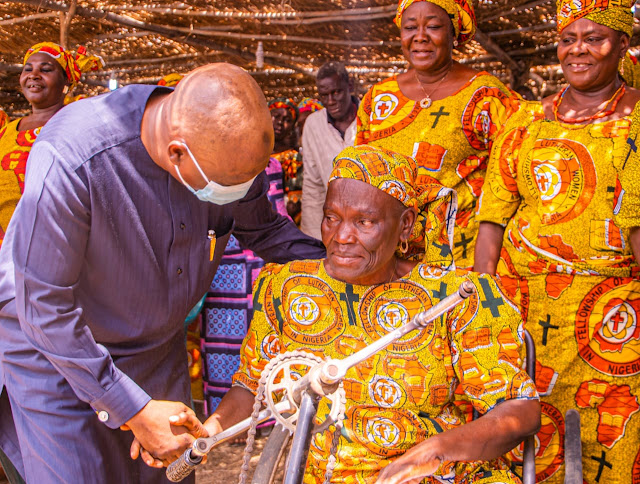 Governor Ahmadu Umaru Fintiri has enjoined the people of Adamawa State to register for the recently launched State Health Insurance Scheme which is geared towards betterment of health condition of the citizenry.

According to the Governor, the scheme has made provision for free medical care for the elderly 60 years and above, children between 0 and 5 years old and the physically challenged.

Governor Fintiri who disclosed this at the year 2022 Annual National Convention of the LCCN non Diocese at the Convention ground in Numan said that he was at convention to bring his greetings and that of his government to the church.
He thanked the church for it's prayers to his government, resulting to the success of his administration's policies while seeking the continue support of the Church to achieve the desired objective of his led government. 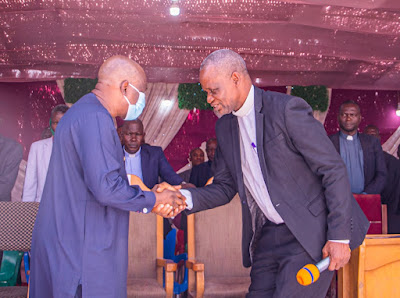 Governor Fintiri called the citizenry to embrace his government new security architecture to end the menace of criminalities and crimes as security is everybody's business.

While highlighting the salient achievements of his Government, Governor Fintiri disclosed that his administration has introduced policies that is ameliorating the suffering of the masses, one of which is the payment of Senior Secondary School Certificate Examination fee to all final year students in public schools among others in Adamawa State.

Earlier in his welcome address, the Bishop LCCN and the chxief host of the convention, Rt. Rev. Japhet N. Aeneas represented by the Vice Chairman LCCN, Dean Rev. Nelson Malau thanked Governor Ahmadu Umaru Fintiri and his entourage for visiting the Church at its convention ground.
He noted the achievements of Governor Fintiri led administration of uniting the people of the state and assured to sustain the prayers of the Church to his government having Governor Fintiri demonstrated, he is an unbiased administrator.
Declaring the year 2022 LCCN Convention opened with the theme: "Preparing for the master's return" culled from the book of Amos 4:12,  Rt. Rev. Aeneas disclosed that over the years, the church has not ordained pastors because there was no places to post the pastors to, but this year pastors will be ordained to fill the vacuum in some of the seven divisions the church has.
A special prayer was offered to Governor Ahmadu Umaru Fintiri for God to give him wisdom and knowledge to serve Adamawa State.