Home » News » NEWS: Death has been described as inevitable, hence the need for the living to reconcile with one another and live a Holy life.

NEWS: Death has been described as inevitable, hence the need for the living to reconcile with one another and live a Holy life. 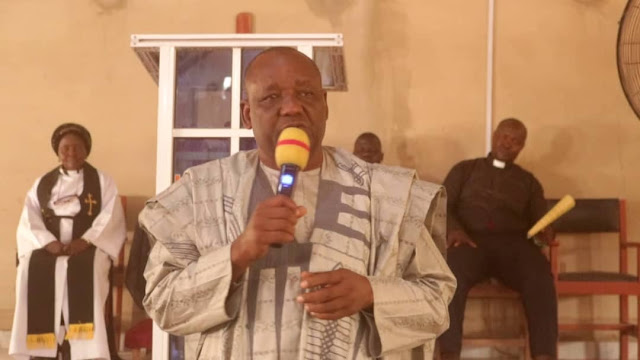 Tears, pains and agony flows, as the remains of late Barrister Saibaru Ibrahim Nduku was laid to rest in his village Nduku of Mubi South.

Deputy Governor Chief Crowther Seth who represented governor Ahmadu Umaru Fintiri registered the sympathy of Adamawa state government and the entire citizens, praying God to comfort the family and the community at large.

Governor Fintiri said late Barrister Saibaru Ibrahim Nduku passed on at a time his services is needed most, expressing optimism that God will raise someone to fill in the vacuum he left behind. He said though painful, death is a lesson to the living, encouraging the faithful to repent from their short comings and hold unto God.

The Governor also sued for forgiveness, love, unity and tolerance, for no one knows the day,  hour nor the time of his or her death. While describing the departed soul as an icon of selfless service to humanity, he prayed God to grant him eternal rest.

Other sympathizers in their testimonies said no one can question God, urging the bereaved family to find comfort in the fact that the deceased has left good legacies worthy of emulation. They testified that late  Barrister Saibaru Ibrahim Nduku was a dedicated and committed Christian who spend much of his life time serving God and humanity. 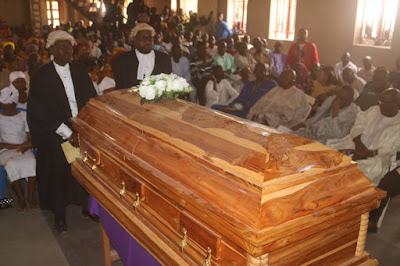 The Preacher, Rreverend Jessica Benjamin Fuduta  took scriptural reading from second Samuel chapter twelve verses fifteen to twenty three, reminding the congregation that death is a gain for the righteous, calling on the living to live righteously, for everybody must give account of his or her deeds.

She advised the living to take heed and change their ways while still alive, emphasizing that every living creature must taste death.

Aged 59, Late Barrister Saibaru Ibrahim Nduku was born in 1963 and died in 2022. Until his demise, he settled to vie for the seat of senator Northern senatorial district of Adamawa state in the 2023 general elections.
04:50
Adamawa Daily Reports
News
Email ThisBlogThis!Share to TwitterShare to Facebook