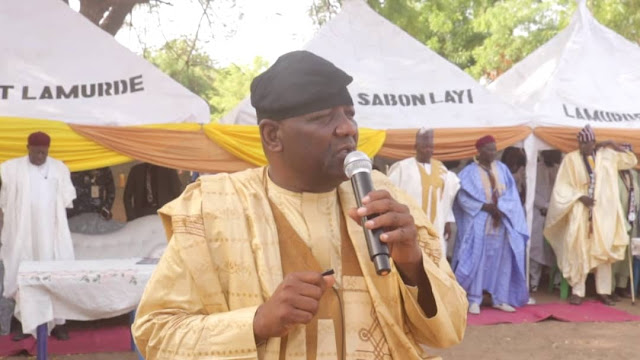 
The Governor was speaking at the 2022 Mbapur Annual Traditional Festival held at Mbula Kuli community of Demsa Local Government Area of Adamawa state.

Speaking through his deputy Chief Crowther Seth at the Mbapur cultural festival, marking the beginning of new farming season in the area, governor Ahmadu Umaru Fintiri congratulated Murum Mbula Bwaltam Bentley Biyapo lI and the entire Mbula community for holding on to their tradition.

The Governor noted that those who have bastardized their culture have lost their identify, hence the call on Mbula sons and daughters to stick to their cultural norms and values.

He reaffirmed the ATM Governments commitment at ensuring that no one is left behind and nothing is left untouched in its transformational drive across the state, encouraging Mbula people to work towards transmitting culture, discipline and good moral values unto the younger generation. 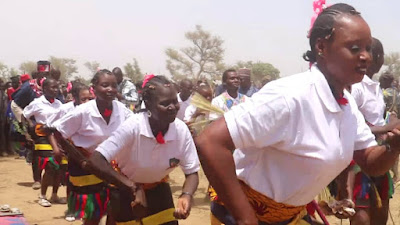 Governor Fintiri highlighted the importance placed on Mbapur festival in Mbula land, noting that it has brought together sons and daughters from far and near to appease the God for protection, peace and bountiful rainy season.

The number one citizen of Adamawa further called for tolerance, peace and unity amongst the ethno-religious community

Here, the Governor said he cherishes such cultural gathering for it reminds him of his root. While Warning them against neglecting the culture they inherited from their forefathers, he tasked the people on the need to unite, even as he reminds them that culture instills discipline and respect.

The people's Governor further reemphasized that his administration remains committed to championing the course of a new Adamawa.

They advised the Tsobo community that personal interest should not superceed collective interest, reiterating the need for unity, peace and love, a panacea for meaningful change and development.

Such traditional festivals provide a veritable medium to capture, preserve and transmit over history as well as identity to successive generations.
12:28
Adamawa Daily Reports
News
Email ThisBlogThis!Share to TwitterShare to Facebook