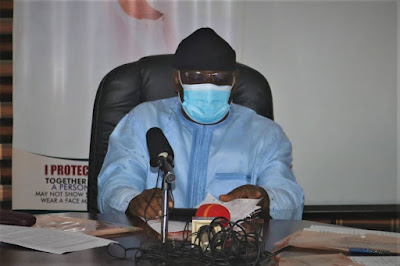 
Deputy Governor; Chief Crowther Seth disclosed this at a meeting of the state task force on immunization at the Primary Healthcare Development Agency office in Kofare Jimeta-Yola.

Addressing members of the task force consisting of the 21 Local Government Chairmen, Military and Para-military Agencies, Development Partners among other critical stakeholders, deputy governor Chief Crowther Seth who is equally the Chairman of the State Task Force on Immunization said the circulation of mutant polio virus type two necessitated the outbreak response in May 2022 aimed at building hard immunity for Nigeria to retain its polio free status.

He urged the stakeholders to study the feedback from the previous outbreak response, hence the call to action as preparation for the national campaign scheduled for 14th to 17th May, 2022 has been finalized, assuring the fresh air government readiness to release the needed fund towards a successful conduct of pre-implementation activities as done in the previous rounds.

The Deputy Governor noted that despite challenges encountered before and during the implementation of the just concluded outbreak response, huge successes have been recorded, commending the health workers for providing needed services, other stakeholders, and partners for their efforts in supporting immunization among other health interventions in Adamawa. 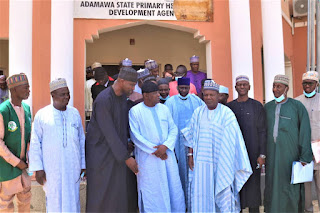 Dr. Bashir heaped encormiums on the state government for providing the needed support, revealing that they have achieved 90 percent coverage in the last rounds, promising to consolidate on that.

In their separate contributions, the development partners and the ALGON chairman Gidado Abdulsalam appreciated Adamawa state government for prioritizing the health of its citizenry, reiterating their commitment towards supporting the state for a better and improved health services.

The peak of the gathering was the presentation of health facilities to the 21 local councils of Adamawa, aimed at meeting the health needs of the people.
08:27
Adamawa Daily Reports
News
Email ThisBlogThis!Share to TwitterShare to Facebook