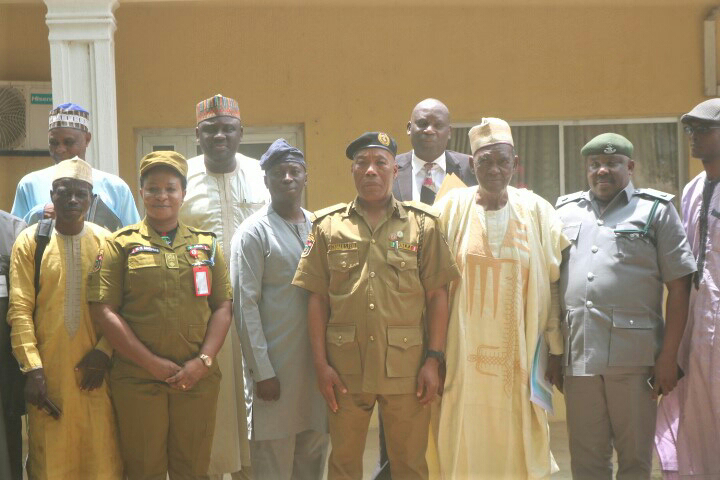 By: Yusuf Umar
Adamawa State has been identified as the third in drug abuse in the Northeastern Nigeria, with 370,000 drug users.
This came to fore at the brainstorming session of the state drug abuse control committee held at the office of the Deputy Governor, Chief Crowther Seth.
The Deputy Governor who is the Chairman, of the Committee is saddled with the mandate of drawing a road map towards the reduction of illicit drug production and consumption for a safer and peaceful society. 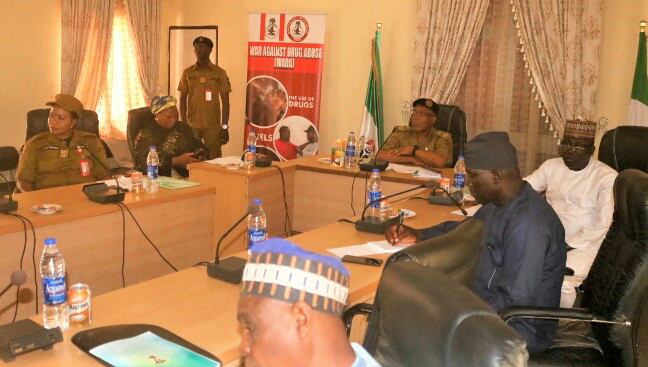 In his opening remarks at a meeting designed to strategize on how to draw a work plan, Chief Crowther Seth represented by the State Commander NDLEA Agboalu Femi Samson described drug abuse as killer of destiny, reiterating the need for youths to desist from drug among other substance abuse.
He noted that drug ends all dreams, expressing the need to rise against the scourge of drug abuse with the view to reducing it to the bearest minimum.
Chief Crowther maintained that Governor Ahmadu Umaru Fintiri's primary aim of setting the committee is to collaborate with relevant agencies to ensure drug abuse reduction in the state, saying that has demonstrated the political will by the fresh air administration to end the menace for a greater, peaceful and prosperous Adamawa.
The Deputy Governor gave kudos to the people's Governor Ahmadu Umaru Fintiri for his assistance and favourable disposition to the committee.
The number two citizen also encouraged members of the Committee to participate actively for the success of the great task ahead
Having said that the forum is an avenue to deliberate on the drug law control master plan and the use of drug among other substance in Adamawa, the deputy governor advocated for commitment by the committee members and proper enlightenment of the general public for desired result.
Shortly in an interview, he stressed that national drug law control master plan has adopted four strategies in fighting drug abuse in the society and that has so far been yielding result.
Other resource persons to include the Deputy Zonal Commander NDLEA Zone B Yola, Oluwi Friday among others presented papers on drug supply reduction, cultivation, production, drug Trafficking and use as well as illicit drug abuse situation in Adamawa State.
It could be recalled that the drug control committee was inaugurated in the state by governor Ahmadu Umaru Fintiri through his deputy Chief Crowther Seth on Friday 24th June, 2022.
04:59
Adamawa Daily Reports
News
Email ThisBlogThis!Share to TwitterShare to Facebook