Home » News » NEWS: Director NCMM Reiterates Readiness to Work in Synergy with the Adamawa State Agency for Museums and Monuments.

NEWS: Director NCMM Reiterates Readiness to Work in Synergy with the Adamawa State Agency for Museums and Monuments. 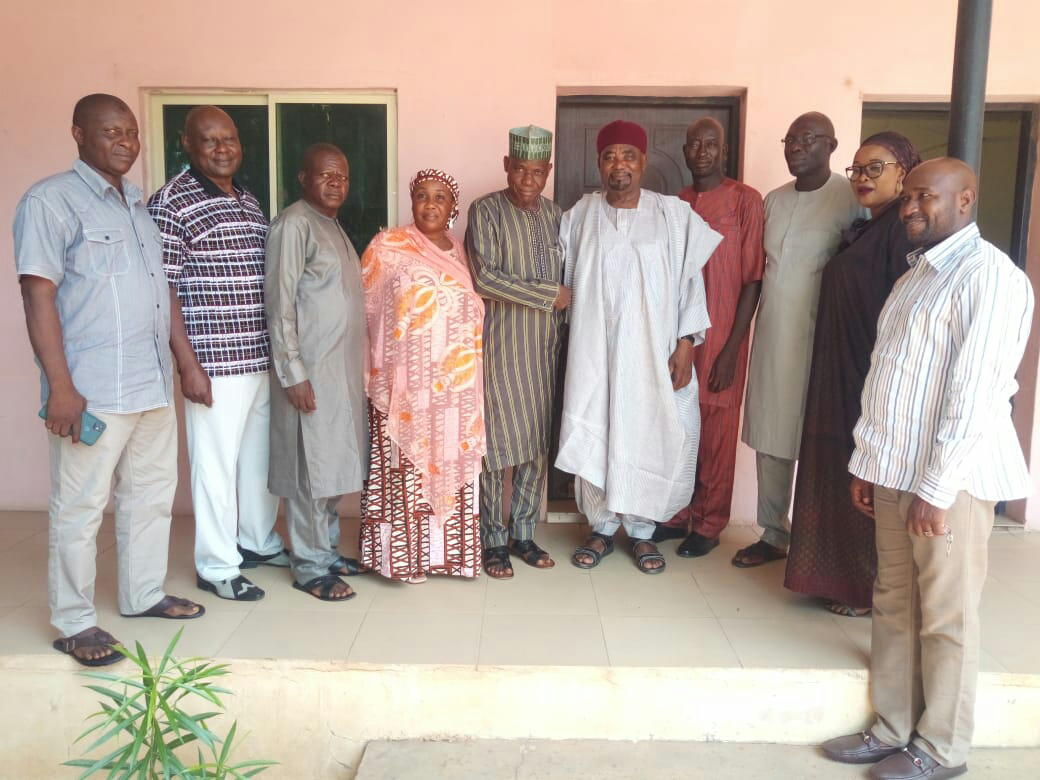 By Daniel M. Zamdayu
The Director National Commission for Museum and Monument made this known when he received the Director General Adamawa State Agency for Museums and Monuments and his team at his office on a familiarization visit.
Speaking earlier, the Director General, Sir John Papka Kaigama, said they are on the visit to familiarize and partner with the National Commission, and to also solicit for cordial co-operation and synergy between the State Agency and the National Commission, especially in terms of information sharing regarding the profession.
He concluded by thanking the Director and management of the NCMM for the audience given to him and assured to partner and work in synergy with the Commission.
Also speaking, Director Training ASAMM, Miss Wahir Dauda, said there has always been an existing relationship between the State Agency and the National Commission, but along the line, there was quiescent. She wish the co-operation and synergy that existed before will be re-established.
In response, the Director NCMM, Mallam Musa Saidu Zarama, was overwhelmed by the visit, and welcomed the Director General on board, he assured him of their maximum support and co-operation to work in synergy with him and his team.
He also informed the DG, that NCMM has two Museums Galleries at their disposal, one is the Federal Secretariat museum gallery and the second is Fombina palace Museum Gallery which is now called the National Museum Fombina.
In the same vein, he said currently there are two sites that are in the process of declaration as a National Monument in Adamawa State, Elephant house located in Guyuk Local Government (which is one among the100 elevated sites in 2014 that await formal declaration as National Monument) and the Palace of Modibbo Adama site located in Fufore Local Government area (which had been documented and also await elevation and formal declaration as National Monument).
Finally, the Director on behalf of the staff of NCMM, congratulated the Director General ASMM over his appointment as the DG, and assured him of their maximum co-operation.
13:15
Adamawa Daily Reports
News
Email ThisBlogThis!Share to TwitterShare to Facebook