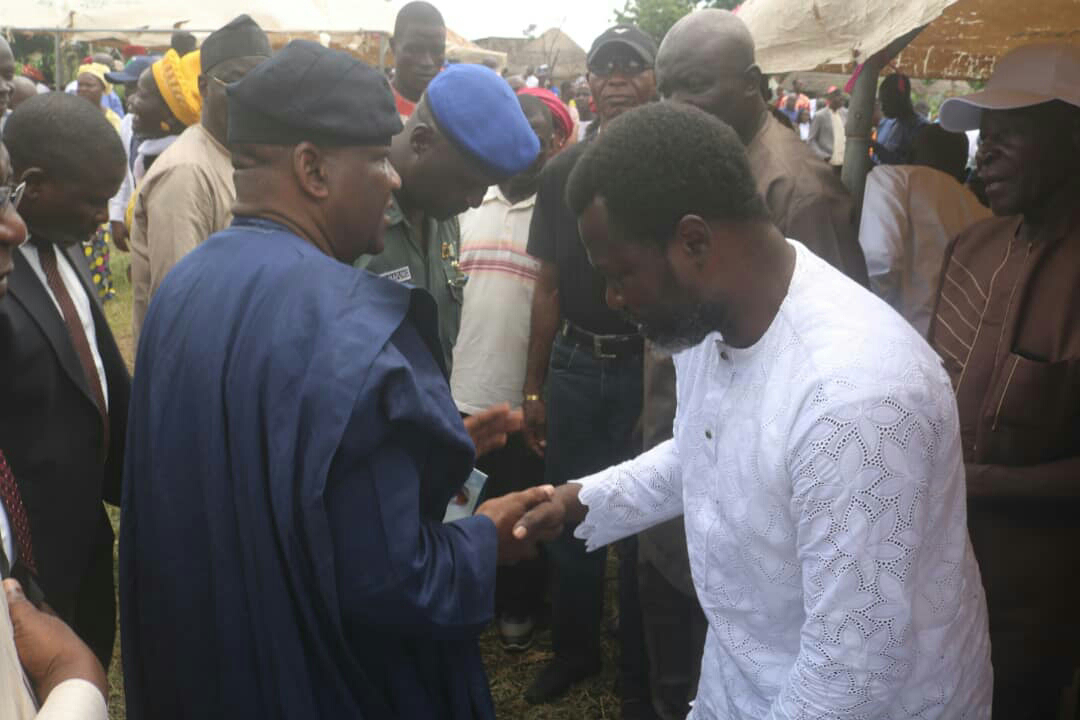 By: Yusuf Umar
Deputy Governor, Chief Crowther Seth has sympathized with the family of late John Sonomoso Murray whose corpse was laid to rest in his home town Dwam, Demsa Local Government of Adamawa State.
In his condolence message to the family of late John Murray, Dwam community and the entire Demsa, Chief  Seth was moved by the death of Murray, saying he passed away at a time his services, experience and words of wisdom are needed most.
He emphasized that the deceased has made his mark in the anals of history in the area and the state in general, noting that his legacies will live on.
While stressing the need for those he left behind to build on his good legacies, the deputy governor encouraged them to see his demise as an act of God, for to Him every mortal shall return.
Chief Crowther prayed God to grant the deceased eternal rest and the family the fortitude to bear the irreplaceable loss.
Aged 82, John Murray was born on 23rd June, 1940 and Died on 16th August, 2022.
13:28
Adamawa Daily Reports
News
Email ThisBlogThis!Share to TwitterShare to Facebook