Home » News » NEWS:Bassapwa and Bwatiye Communities in the State Salutes the Simplicity, Doggedness and Courage of Chief Crowther Seth.

NEWS:Bassapwa and Bwatiye Communities in the State Salutes the Simplicity, Doggedness and Courage of Chief Crowther Seth. 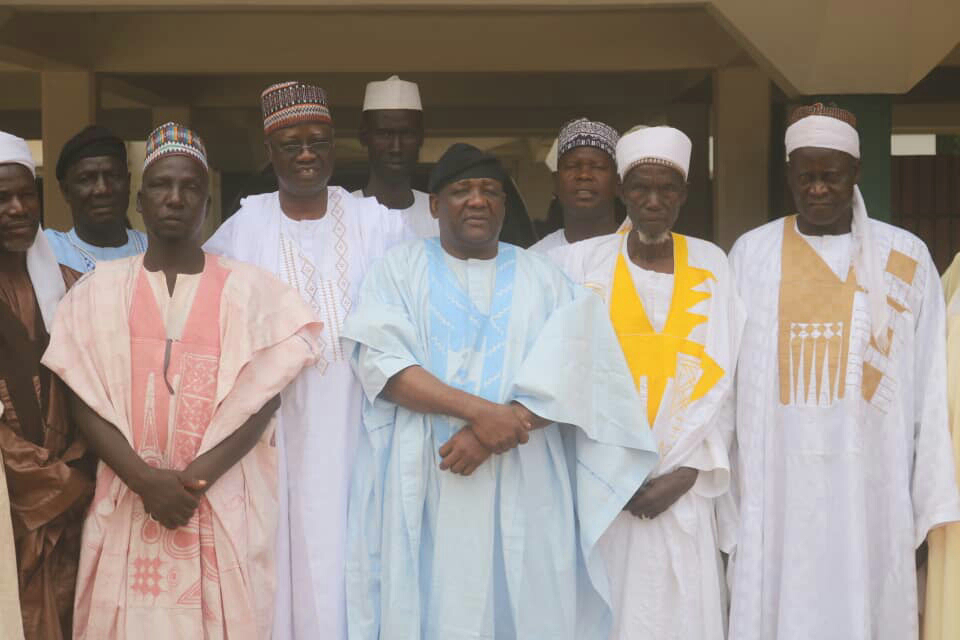 By: Yusuf Umar
Kinsmen from Bassapwa, Bwatiye Communities in Adamawa State have Saluted the  simplicity, doggedness and courage of Deputy Governor, Chief Crowther Seth.
They gave the commendation while on a solidarity visit to commiserate with the Deputy Governor over the recent change in the political affairs ahead of the 2023 polls, Friday.
The Bassapwa, Bwatiye communities in the state, said as a son of the soil, they deemed it necessary to stand by Chief Seth, saying that the recent political changes in Adamawa is destined by God.
They offered words of encouragement, praising Governor Ahmadu Umaru Fintiri for giving him the opportunity to serve the people of the State for four years.
The village Head of Bagale, Haruna Daniel commended Chief Crowther for serving the state with all sincerity, humility, commitment and loyalty, adding that the exceptional leadership of Fintiri led administration as well as his courtesy to the Bwatiye people will never be forgotten.
He described the Deputy Governor as a hero of all times for his disposition of high sense of maturity despite the recent change in power.
The kinsmen thereafter, reaffirmed their total support and loyalty to the Fresh air government.
They reminded the Deputy Governor that change is constant in politics, stressing that all things happens for good.
Responding, the Deputy Governor, Chief Crowther Seth expressed joy with the show of solidarity and togetherness by his kinsmen, enjoining them to sustain such spirit.
The man described as a dynamic leader in the political scene prayed for the success of Governor, Ahmadu Umaru Fintiri whom he always refer to as his political mentor, pledging his determination to work harder for his continuity come 2023.
Chief Seth said he will never compromise his loyalty to PDP, rather push for the success of Governor Fintiri/Farauta ticket, and the party at all levels.
12:35
Adamawa Daily Reports
News
Email ThisBlogThis!Share to TwitterShare to Facebook