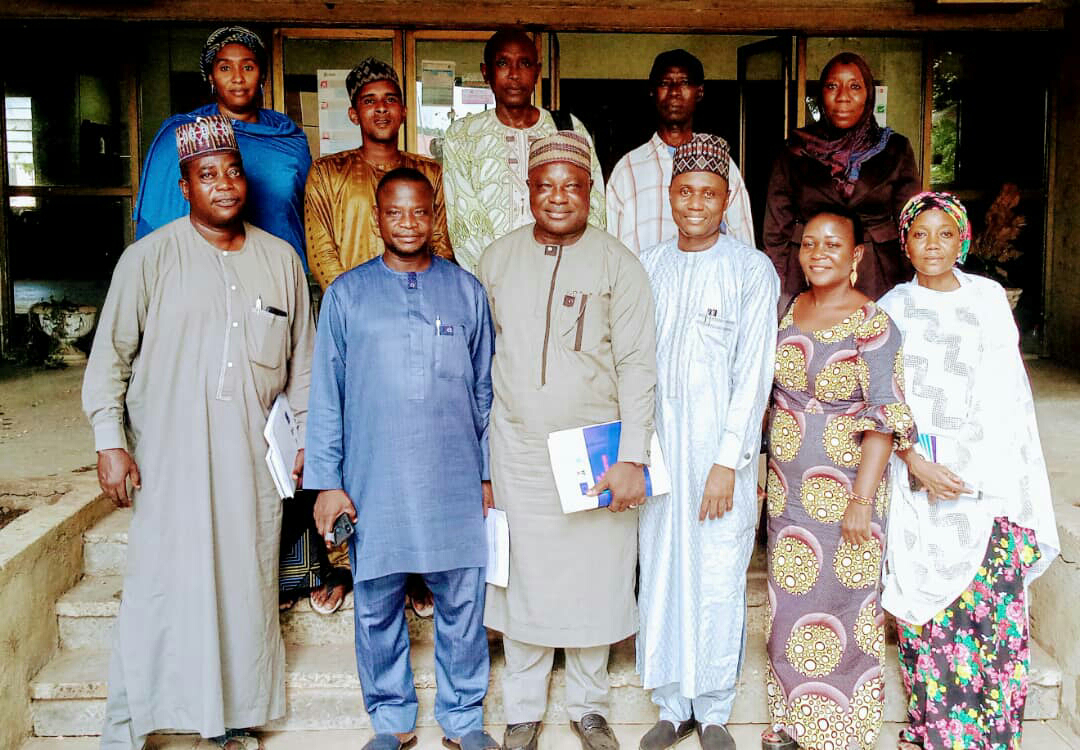 Journalist receives training on court terminologies and phrases used in the justice sector  for effective reporting of  justice sector reforms activities in Adamawa State. Held at conference Hall, of the State Ministry of justice, and powered by British Council.
In an opening remarks,  the Coordinator, Rule of Law and Anti Corruption, Barrister. Hafsat Abdullahi, said the only channel justice can blow It’s  trumpet in the State Is through the media reportage, that is why media practitioners needs to understand some terminologies being used in court for ruling and judgement so as to change problem of shifting blame on areas of justice in adjudicating cases so that no body will be jeopardised in the state.
The Coordinator,  added that, the training will also, equip journalist to report some reforms in justice sector going in the state and some new laws such as: sexual offenders data Base,  child rights bill and use of some terminologies in court so as to flow with what is being said by legal practioners in court.
A presentation was made on “ Terminologies and phrases used by justice and other service providers,” by  Barrister. Abdul Rahman Ilyasu, who explains  the meaning of some words used in court such      as;    "Defendant, " to refer to a person who answers to a Criminal case
"Alibi" the defendant was some where else when The offence was committed.
"Bench warrant" An order to arrest and bring a Defendant to court." Cause List",      A list containing all cases to be heard before  a court. "Mens Rea- commiting a crime intentionally. "Motion Ex-parte", a n application which must  be served  on an opponent in a suit.  "Overturn",  To over rule or reverse a decision. "Overrule" to rule against or reject by a superior authority. "Pro bono" provision of legal services without payment. " Surety" a person who signs and bails, etc.
Highlight of the training was questions and answers between facilitators and participants.
11:05
Adamawa Daily Reports
rolac news
Email ThisBlogThis!Share to TwitterShare to Facebook