Home » News » NEWS:Adamawa State Government Set to Vaccinate Over One Million Cattles Across the State.

NEWS:Adamawa State Government Set to Vaccinate Over One Million Cattles Across the State. By: Yusuf Umar
The Adamawa state government is set to vaccinate over one million cattle's across the twenty one local government areas of the state.
This was disclosed at the official flag off of mass vaccination campaign against trans boundary animal disease (TADs) held at Girei local government international cattle market of Adamawa. 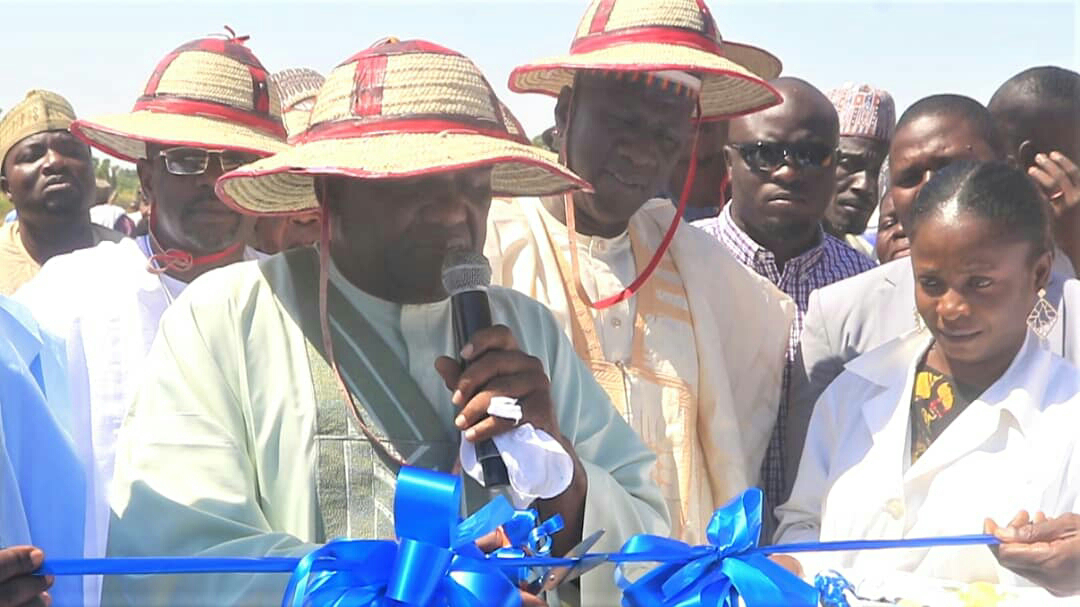 Governor, Ahmadu Umaru Fintiri represented by his Deputy, Chief Crowther Seth commended the synergy and cordial working relationship between the executive and the legislative arms of government, saying such vaccination campaign would not have been possible without their mutual understanding.
The Governor also lauded farmers and herders  for allowing peace to reign, emphasizing that one of his topmost priority is ensuring sustainable peace and unity amongst the citizens, and will not compromise his stands on that for a prosperous Adamawa.
He said the vaccination campaign demonstrated the importance attached to herders and livestock business by the present government, noting that both farmers and herders are great contributors to the economic growth of Adamawa and Nigeria in general, hence the need to embrace each other, while government on the other hand will ensure the well being of the animals through routine vaccination against different diseases.
Governor Fintiri further revealed that one point five million doses of vaccines are supplied for the exercise.
Speaking earlier, the Hon. Commissioner for livestock and Aquaculture Development, Usman Yahya Diyajo disclosed that the vaccination is expected to cover the 21 Local Government Areas, commending the Fintiri led Administration for his tireless support to the ministry and the livestock business.
He opined that the exercise will add to the successes recorded in the previous years aimed at ensuring the animals are healthy.
The Commissioner also highlighted some measures put in place to resettle pastoralists to include drilling of boreholes for easy access of water by the animals and the livestock transformation plan among others, geared towards tackling farmers-herders conflicts.
Dabo Liman who represented the member Girei constituency in the state assembly Muhammed Mutawalli, the chairman Girei local government Judah Amisah among others in their separate remarks commended governor Ahmadu Umaru Fintiri for his exemplary leadership , reiterating their commitment to continue promoting the good ideals of the fresh air administration.
22:14
Adamawa Daily Reports
News
Email ThisBlogThis!Share to TwitterShare to Facebook