Home » News » NEWS:Governor Fintiri Commiserates with the families of those involved in the Ghastly Accident at Vunoklang.

NEWS:Governor Fintiri Commiserates with the families of those involved in the Ghastly Accident at Vunoklang. 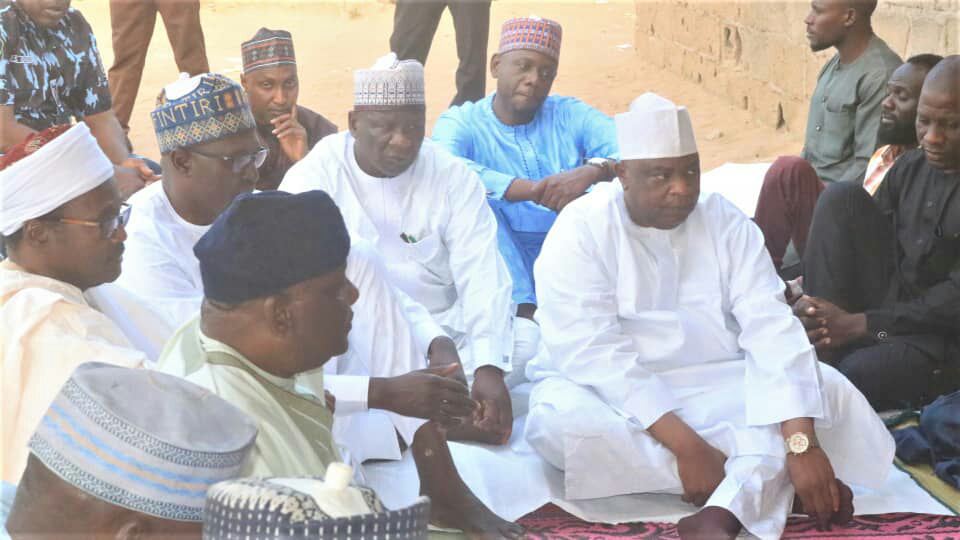 By: Yusuf Umar
Governor Ahmadu Umaru Fintiri has commiserated with the families of those involved in the ghastly accident in Vunoklang community of Girei Local Government Area.
The Governor, represented by his Deputy Governor Chief Crowther Seth went round the family residence of the victims in Vunoklang to register his sympathy
Wednesday Morning was a tragic day for residents of vonuklang considering the ghastly accident involving a Tipper that lost control and ran into people claiming lives and properties, with dozens sustaining various degree of injuries.
In his continues show of sympathy and concern for the citizens of Adamawa State, Governor Ahmadu Umaru Fintiri through his Deputy was in Vunoklang to share in the grief of the affected families and the entire community.
The Deputy Governor, Chief Crowther Seth in company of the secretary to the State Government, Mallam Bashiru Ahmad, some Hon. Commissioners and other top Government officials were taken round the family residence of the victims by the District Head of Girei Dr. Ahmed Musdafa and other officials of the Local Council.
The first  point of call was the family compound of late Samson Ayuba at Gindin Tsamiya community before proceeding to the family compound of late Umaru Hamidu at Anguwan Barazana, followed by the family residence of late Gani Tizhe at Anguwan Kabawa before moving to the family house of late Iceal Aaron at Bajabure community among other victims on the same mission.
While conveying the heartfelt condolences of governor Fintiri, his deputy Chief Crowther Seth encouraged those who lost their loved ones to summon courage and bear the irreparable loss, while praying for speedy recovery of the survivors.
The delegation donated cash assistance to the affected families to alleviate their hardships and help settle some hospital bills
Responding, the family members and other community leaders thanked the government for identifying with them during such a critical moment, praying God to reward them in abundance.
They are optimistic that the fresh air government will sustain such spirit of love and concern to the plight of the people of the state irrespective of any divides.
10:39
Adamawa Daily Reports
News
Email ThisBlogThis!Share to TwitterShare to Facebook