Home » News » NEWS:Deputy Governor of the State describes relationship between the Fulani Ethnic Group and Farmers as an Unbroken Chain.

NEWS:Deputy Governor of the State describes relationship between the Fulani Ethnic Group and Farmers as an Unbroken Chain. 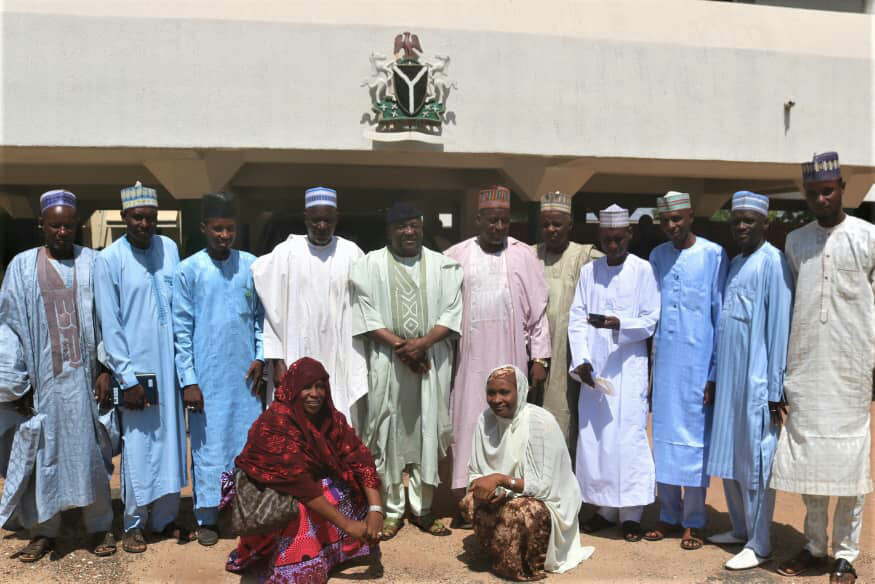 By Yusuf Umar
The Deputy Governor of the State, Chief Crowther Seth has described the relationship that exist between the Fulani ethnic group and farmers as an unbroken chain urging both parties to shun any divisive tendencies and be brothers keeper.
He stated this when he granted audience to Tapital Pula'aku, Miyetti Allah, Fuldam and Ngam Allah Associations at his office.
Receiving the Fulani groups who were on a courtesy visit, the Deputy Governor said both herders and farmers cannot live without each other, as they share a lot of things in common.
He emphasized that both parties have been contributing immensely to the economy of the state and the country in general, hence the call on them to accommodate each other.
Chief Seth stressed the need for Unity among Fulani and nearby communities, encouraging them to ensure the stability of peace in their various areas, for development cannot take place in a choatic environment.
Chief Crowther who was overwhelmed by their visit, noted that the present administration shall continue to support any group and individual that will promote peace in the state.  He urged them to always be honest and transparent while going about their lawful activities.
Speaking earlier, the leader of the delegation, Umar Buba Dawa who is the secretary of Tapitatal Pulaaku said they were in the Deputy Governor's office to  identify with him and applaud his courage and contribution to peace building amongst the diverse ethno-religious groups in Numan federation and Adamawa state as a whole.
He however, pledged their unwavering support and loyalty to the present administration, expressing readiness to work for the success of PDP  at all levels In the forthcoming general elections.
10:30
Adamawa Daily Reports
News
Email ThisBlogThis!Share to TwitterShare to Facebook